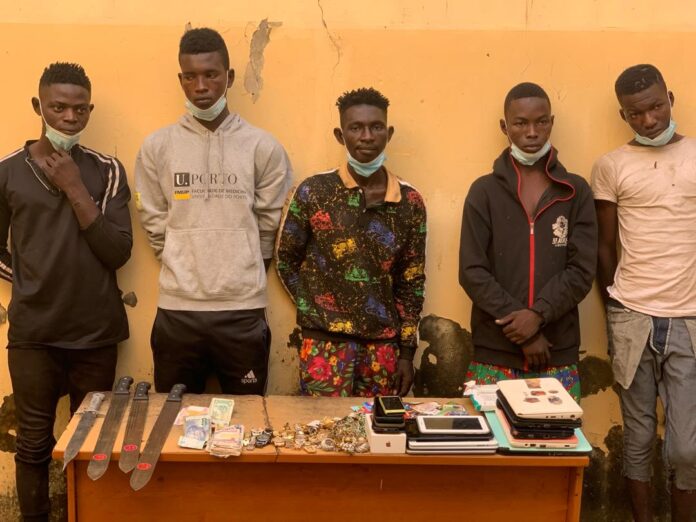 The suspects were arrested by swift Police Operatives from Wuse Division, in course of robbing their victims of their possessions.

They further confessed to being responsible for criminal activities along Wuse axis.

All the suspects will be arraigned in court upon conclusion of investigation.

While appealing to residents to promptly report all suspicious movements within their vicinity, the Command wishes to reassure residents of its unflinching resolve to tackle crime and ensure safety in the FCT during the Christmas/New year celebration.