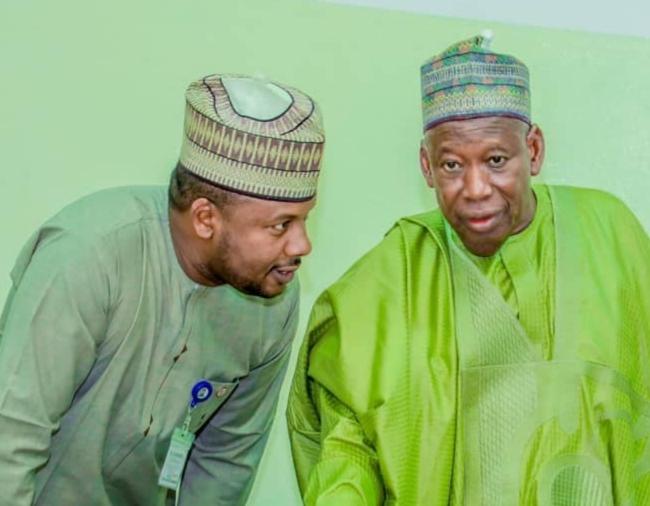 Let’s get one thing clear from the beginning. I think Salihu Tanko Yakasai’s arrest is an overreaction. You can say overzealous. You can also say it is not lifted from President Muhammadu Buhari’s Playbook. Who else has been arrested for criticising this President? If this is a localised reaction, those who arrested Salihu for asking the President to resign if he cannot stem the rising insecurity did the President’s reputation as a democrat more harm than good. There is nothing new in the call. Numerous groups, including the opposition PDP, and even a fraction of CAN, have made similar calls in the past. The difference now is who is saying what now.

Was Malam Salihu justifiably sacked because he’s Ganduje’s spokesperson? My intervention here is that the business of running with the hare and hunting with the hounds is impolitic. Salihu’s action was highly inappropriate, an abysmal professional judgment, and lacking discretion and common sense.

Criticising President Buhari while serving the APC Government of Kano State as Spokesman is one double standard too many and reeks of professional opportunism, which must be stamped out in our industry.

When you choose to serve as a government spokesman, you position yourself as a salesman, the front office manager. The culinary equivalent would be the first person who tastes the food and confirms to customers that the menu is good for them. If you fundamentally disagree with the Government you are serving, then the honourable thing to do is quit.

The position of a spokesman in any organisation, public or private, for an individual or multinational, is a moral one. If you do not believe in your principal, totally, wholeheartedly, unequivocally, do not take the job. A spokesperson wholly subsumes himself in the cause. He must be passionate and convincing. Self-convinced! No self-doubts. No scepticism. Criticism? Do not take an appointment as a spokesperson if your heart’s not in it. It is not a calling for the fainthearted.

In this profession, there will be channels to make inputs on any issues. And if there are none or few or they are not working, fix the leak. The spokesman does not only carry the message to the public. That is the easiest part. He in-feeds the system with his professional counsel, and he makes his input. He advises and listens, and understands his principal, the issues, the context, the audience, history, the present, future tense. When a spokesperson speaks, he embodies the message, the character, the beliefs of his source. If you don’t believe in the message or the head, do not speak. The moment you stop believing is also the end of the story. You do not have the prerogative to serve two masters. What do you call that, conscience? No, it’s straight professional corruption. Buhari and Ganduje are both APC. It is between six and half a dozen. President Buhari is the primary reason Ganduje is still Governor of Kano State today. It goes beyond securing political capital. It is about the optics and consistency of the Party’s governance messaging and integrity.

Any Ganduje appointee criticising President Buhari or his Government is off his rocker. Criticising the President while speaking for the Governor, should invite more than a rebuke.

They can quit. That is the honourable thing to do once they can no longer tolerate or accept what is going on in Government. You cannot be in Government and be criticising the same Government. It is unethical. It sends the wrong signals. Under normal circumstances, such a person should be sanctioned if he belonged to a professional body. NIPR should take note. The first unwritten law of marketing also applies to our noble profession: do not sell what you cannot buy.

One last point. Some would say that those who sow in the wind will reap the whirlwind. What does Malam Salihu know about Immutable Karma, the inescapable law of justice, that those who go to equity with soiled hands will have their day, someday. Several colleagues have since drawn our attention to the manner Salihu used to abuse my principal Malam Ibrahim Shekarau while he was Governor. Criticism no, it was blatant abuse after abuse, using uncouth language to dish out fabricated stories and distorted facts as opinion. Salihu lost his head when Malam contested for the Presidency under the ANPP against the then CPC candidate, General Muhammadu Buhari. Salihu rained abuses on Malam. At some point, because of my relationship with his elder brother, I called him aside and urged him to moderate his views. I advised Salihu to lower the temperature of his vitriolic. Politics is not war. My well-meaning interventions did little to moderate him anyway. But at least I tried. The abuses continued. They didn’t make sense to neutral people, but it was the electoral campaign time, the season of madness. He abused Malam to impress Buhari. Now, he flogs Buhari, to, what, spite Ganduje? A spokesperson’s best tools are decorum, decency, belief and passion.