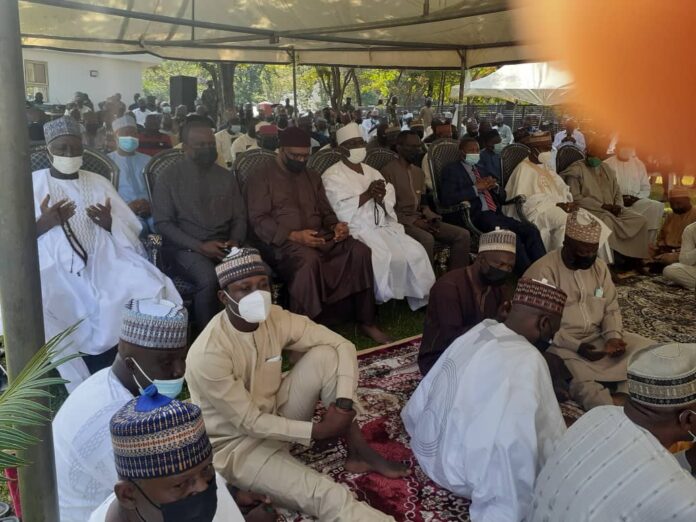 The Three Days prayer was today 24 May 2021 observed for the repose of the soul of late Chief of Army Staff (COAS) Lieutenant General Ibrahim Attahiru who died along others in the ill fated Beach Craft King Air 350 crash at Kaduna International airportI on Friday 21 May 2021.

Conducting the prayers, the Director Islamic Affairs Nigerian Army and the Chief Imam, Brigadier General Shehu Garba Mustapha prayed to God to forgive the shortcomings of the departed souls and grant them eternal rest in Aljannah Firdaus as well as console their families, friends and colleagues.

Fielding questions from newsmen after the prayers, the Chief of Defence Staff, General Lucky Irabor charged members of the Armed Forces to remain steadfast in the discharge of their constitutional roles adding that the death of the COAS and others will not be in vain.