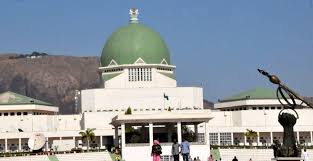 The Committee being Chaired by Dr Busayo Olluwole Oke (PDP-Osun) also kicked against the payments of some of the funds into private accounts of some PSC officials without retirement.

The Office of the Auditor-General of the Federation had issued six audit queries against the PSC in four years – 2013, 2015, 2018 and 2019 respectively

At the investigative hearing held by the committee in Abuja on Monday, the Permanent Secretary of the PSC, Mr Williams Alo; and Director of Finance and Account, Brighten Saagwe, appeared before the lawmakers to make oral defence of the expenditures, following a written presentation by the Commission.

In its written defence, the PSC said the N17,824,680 from the SWV was “utilised in the payment of the severance allowances to former chairman and two full-time members of the commission whose tenure in the office expired by effluxion of time on 14th April, 2013.”

On the N1,853,456, the PSC said the money was the salary arrears of one Mr Asu James Ata. “The Commission vide a letter (with) Reference Number PSC/1631/1 dated 1st December, 2015, requested the Office of the Accountant-General of the Federation (IPPIS Department) to pay the sum to the staff (member) whose IPPIS Number is 212412,” the response partly read.

While defending the N336,696,142.65, the PSC said it requested the then Minister of Finance, via a letter dated September 30, 2017, to pay 95 disengaged staff members of accumulated salaries and allowances totalling the amount.

On the N400m, the defence partly read, “The Police Service Commission in 2019 received the sum of N400,000,000 to enable it meet it its statutory obligation.

“Pursuant to its constitutional powers of oversight on the police, the Commission monitored the conduct of police officers deployed for election duty during the 2019 general elections in the country.

“The objective, besides instilling confidence the electoral process, is also aimed at strengthening the nascent democracy and ensuring professionalism in the officers and men of the Nigeria Police Force.

“The Independent National Electoral Commission (INEC), via a letter Ref: INEC/CH/GC/073/Vol.1, dated December 29, 2010, specifically gave the Commission the task of:

Defending the N292,290,001.51 expenditure, the PSC said it received the sum as capital supplementation to mobilise the contractors, who are handling the construction of the Commission’s headquarters located in the Jabi area of the Federal Capital Territory back to site.

“The amount was paid to Vita Construction Limited, a contractor handling the construction of the Police Service Commission’s corporate head office. The contract was awarded on 13th December, 2011,” The defence partly read.

However, the Committee was not satisfied with the defence of the Commission , saying that they were defective on the ground that the expenditures were not back with necessary documents and receipts

Consequently, the Chairman of the Committee directed the officials of the Commission should reappear before it on Thursday this week along with all documents and receipts in support of the expenses

He added that the Officials should also come along with the Contractor and the Consultant handling its Permanent Headquarters Jabi, Abuja over the audit query.

He set up a three man sub Committee to into the submission of the Commission ahead of the Thursday’s appearance.