In view of the current spate of suicide bombing as terrorist strategy by the Boko Haram, the Centre for Crisis Communications (CCC) has advocated an immediate prohibition of street trading across the country.

CCC is a non-governmental organisation floated by the Forum of Spokespersons of Security and Response Agencies (FOSSRA).

Executive Secretary of CCC, Air Commodore Yusuf Anas (rtd) who briefed the media at a Press Conference organised by I-Nigerian Initiative in Abuja said in addition to banning hawking and street trading, the Federal Government should also consider banning the sale of petroleum products by black marketers in city centres and sensitive locations as precautionary measures.

He said: “Extra security measures in gas stations, schools, malls, recreation areas, hotels, markets and motor parks across the nation as well as increase Inter-agency collaboration should be put in place.”

Anas who was in company with Mr. Jude Chidi Emeje and Abdulazeez Nurudeen, who are officials of the Centre advised members of the public to share information and report strange movements or objects to security agencies.

“The Centre believes that with these and other measures being put in place, we can together stamp out terrorism and the agents of darkness from further inflicting pains and sorrows on us”, while continuous support and encouragement to be given to our security forces and government.”

While noting the new security measures put in place by the Nigeria Police and other security agencies which include fortifying security around worship centres and banning of street hawking and begging in Abuja, which he described as a right step in the right direction, Anas reminded Nigerians to be security conscious by being “informed about our immediate surroundings, staying up to date with the current happenings in our environment, community, town, state and country. Developing interest in knowing what the government and its security and response agencies are advising about the Boko Haram terrorist menace in the country.

He warned “do not turn deaf ears just because you feel it is happening only in some parts of the country. Being informed is about acquiring relevant information about security issues that are likely to affect you, your loved ones and your property.

“The more you are aware, the more security conscious you will be and the less prone to threat, risk and danger. In most cases, it is that which you do not know that often harms you!

“Remain Vigilant, Be Alert and share information:  The other side of being informed is being alert. It involves a deliberate effort to observe your immediate surroundings to ensure any sign of threat, risk or danger is identified and avoided or reported early enough before they occur.

Being alert is also having a presence of mind wherever you find yourself and not be carried away or distracted, “but being in tune with what is going on around you. The enemy is always looking for a loophole to strike and that loophole is often found when you are carried away. Before you enter a public bus, observe. While in the market, mall or shop, observe and keep a presence of mind in the surrounding environment.”

In addition, the CCC boss advised members of the public to be proactive because prevention is the best form of security.

“Threat, risk and danger don’t send out warning signals before they happen. So the best strategy is prevention. Since you don’t know when the enemy may strike, since you don’t know who they are, where they are, your best response is defense. Your defence could be in the form of reporting the strange movement of persons and object to the nearest security agency.”

He noted with sadness, the current upsurge of suicide bombing on soft targets by the hard-hit Boko Haram terrorists, which he explained was a desperate response of the terrorists to unrelenting bombardments of Nigerian troops in recent times.

Anas disclosed that CC is envisioned to evolve a more coordinated, harmonized, transparent and timely crisis information management for our stakeholders and the public via the media and will adopt a collaborative mechanism with all stakeholders especially you the media.

“Furthermore, the Centre will similarly be involved in conducting research on the evolution of some crisis that have occurred and or likely to occur with a view to providing strategic proactive measures to curtain them.

“As a professional information and communication management Centre, we shall be involved in capacity building programmes for security and response agencies in order to enhance their capacities. However, it is instructive to state that the Centre is Non-Governmental, non-profit and independent outfit”, he declared. 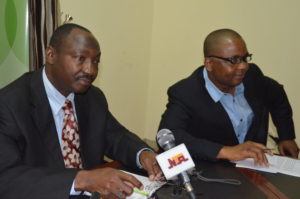 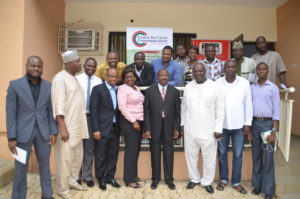