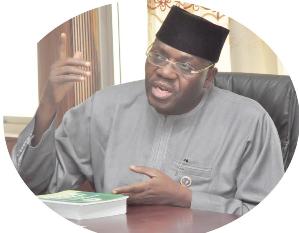 .. says Abundant opportunities yet to be tapped

In the quest for regular reliable electricity supply nationwide, the Federal Government has called on the Corporate Council on Africa (CCA) on American based support group to bring in her wealth of technological expertise by making investments in the Nigerian power sector.

Permanent Secretary, Power, Amb. Godknows Igali while speaking yesterday at a meeting with a delegation from the body led by its Vice President, Ambassador Robert Perry, said that the Sector has a lot of investment opportunities in Power Generation, Transmission and Distribution value chain, hence he urged CCA to tap into these windows of opportunities by making huge investment in the fledging sector.

Corporate Council on Africa is an American organization established to promote business investment between the United States and the continent of Africa.

Igali revealed that Transmission which is still wholly controlled by Government now is another area of investment in the Nigerian power sector. In his own words, he said,

Speaking further, the Permanent Secretary said Nigeria has vast solar energy potentials which need to be fully harnessed. He pointed out that “presently three communities in the Federal Capital Territory (FCT) are run on solar and that those communities have very stable power supply than those who live at the heart of the FCT”.

Amb. Igali said that Governors would be encouraged to facilitate access to land as building of solar plant require large expanse of land. He promised to facilitate easy access to governor of any state the CCA deemed fit to invest in, stating further that an understanding has been reached with the governors to provide free land to any interested investor.

Responding, the Managing Director, ND Western Limited, Dr. Layi Fatona expressed strong willingness of the Corporate Council for Africa to invest in the power sector, but was worried about the debts owed by the companies government sold out and the issue of commercial bottleneck in the supply of gas.

Earlier, the Vice President Corporate Council on Africa, Ambassador Robert Perry disclosed that the meeting was informed by the need to meet with Principal Officers in the power sector and the opportunities available to increase trade and investment with the USA. He further stated that CCA is the Premier American organization devoted to US – Africa business relations with more than 180 companies as members, half of which are owned by Nigerians. These companies represent a diverse pool of industries from Africa’s most promising sectors, including agri-business, capacity building, energy, finance, health, ICT, Infrastructure and security.

In a related development, while receiving the Brazilian Trade Mission, the Permanent Secretary stated that Nigeria and Brazil have lot in common hence, it is not out of place for the two countries to work towards encouraging more cooperation between them.

He observed that the power sector is the nerve centre of economic activities of any country from agriculture to economy and even small businesses.  The Nigerian power sector privatization he said modeled after that of Brazil, with all generation and distribution being sold out to private interest.

The Permanent Secretary further stressed that there are opportunities in power generation, renewable energy, power distribution and bio-energy. He further called for stronger presence of Brazilian companies in the Nigerian Power Sector, adding that there are incentive to such investors which include access to land, duty free on all importation of equipment and a debt relief for a period of time to allow for investors to recoup their investment.

Evaldo Silva Junior, leader of the delegation appreciated the support given to the team adding that Brazilian Companies would deepen their reach by encouraging and exploring business opportunities inherent in the Nigerian fledging power sector.