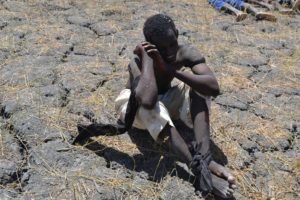 Our troops on cordon and search operations at the general area of Enike Mosque,  Okene town, Kogi State were  attacked by some suspected terrorists at about 5.30am Tuesday. The troops responded and 2 of the attackers were killed. In addition,  a Rocket Propelled Grenade (RPG) bomb and empty cases of expended ammunition were recovered.  Unfortunately, we lost a soldier, while another sustained gunshot wounds.
The situation has been brought under control and people have been asked to go about their normal businesses in the town.
Similarly, we would like to confirm that there were triple suspected human borne improvised explosive device explosion on Tuesday evening at Ajilari, Maiduguri Metropolitan Council, Borno State. The explosives occurred at 3 minutes intervals and 7 people were confirmed dead, including the 3 suicide terrorists, while 11 others sustained various degrees of injuries.
The Nigerian Army wishes to also inform the public that troops of 5 Brigade ambushed the suspected Boko Haram terrorists that attacked military location and Geidam town last week. They were ambushed while returning from an attack on Gajiram near Ngollom village.
The troops killed 10 Boko Haram terrorists and wounded some. The troops also recovered 1  Anti Aircraft Gun, 5 AK 47 Rifles, 1 Fabrique Nationale Rifle, 2 Machine Guns and 1 Light Machine Gun. Other weapons and equipment recovered include a Rocket Propel Grenade Tube, 8  AK 47 rifle magazines, 1 x Toyota Landcruiser,  2 Belts of 7.62MM (NATO) with  150 and  180 rounds of ammunition respectively.
Additionally, troops on patrol around Monguno have arrested one Abacha Kumjo a suspected Boko Haram fuel and logistics supplier. He was arrested with 20 litres of Premium Motor Spirit (PMS) neatly concealed in a black polythene bag while trying to cross from Monguno to a terrorists camp. He siphoned the fuel from his Golf Wagon vehicle with registration number AA 175 MFA, Borno State. The suspect is being interrogated further.
It is pertinent to once more reiterate the call on the public to cooperate with security agencies, be more security conscious and report suspected persons or unusual movements to the security agencies.
The fight against terrorism and insurgency is a collective responsibility of all well meaning citizens. We should not allow these criminals to succeed in thwarting our collective efforts of peaceful coexistence.
Kindly disseminate this information to the public through your medium.
Thank you for your kind and usual cooperation.
Colonel Sani Kukasheka Usman Acting Director Army Public Relations 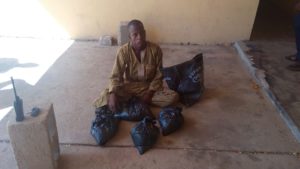 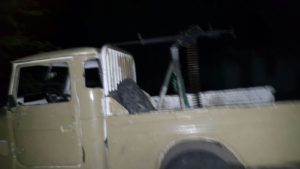 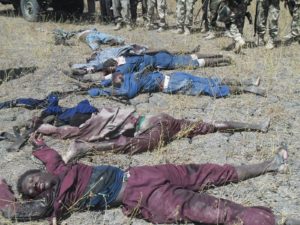