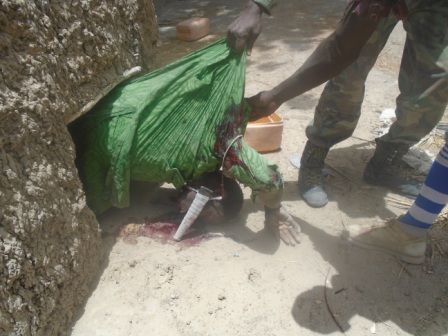 In compliance  with the military high command’s directive which is to ensure that all villages and towns are cleared of remnants of Boko Haram terrorists,  troops of 22 Brigade Garrison in Operation LAFIYA DOLE,  on Sunday  1st May 2016 cleared  4 villages of Boko Haram terrorists hiding in the area.  The terrorists hibernating  in Cinga, Mallum Maja, Bosuma and Murye villages, were armed with dangerous weapons and have been terrorizing the communities.

Other items recovered include 1 tricycle, 4 x Tiger Generators and 1 solar panel. The troops also recovered 300 herds of cattle rustled by the Boko Haram terrorists from Fulani herdsmen and handed over to their rightful owners.

Similarly, 400 persons held hostage by the terrorists were rescued and  set free. It is gratifying to state that we have not sustain any casualty to own troops and equipment and troops morale remain very high.

Please disseminate this information to the public through your medium.
Thank you for your kind cooperation.