Home Security OIC Condemns Attack on Military Base, Sympathizes with Niger and Nigeria 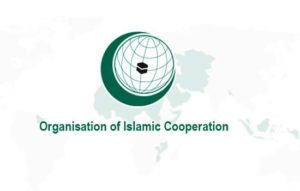 The Organization of Islamic Cooperation has strongly condemned the deadly attack by the terrorist group Boko Haram on 3 June 2016 on a military base in Bosso in Southeastern Niger which claimed the lives of thirty soldiers from Niger Republic and two from neighboring Nigeria. Sixty seven other soldiers were also reported wounded during the audacious assault.
The Secretary General, Mr Iyad Ameen Madani, while expressing dismay at the continuing senseless violence by the insurgent group in of the Lake Chad Basin, conveyed his deep sympathy and condolence to the authorities of the two countries as well as to the families of the victims. He reaffirmed the principled position of the OIC against terrorism as an enemy of humanity and assured countries in the region of the determination of the OIC to continue to support their counter terrorism efforts.
Mr Madani finally called on the Lake Chad Basin countries who are also OIC Member States to activate as a matter of urgency the Multinational Joint Task Force as a regional initiative to shore up the fight and accelerate the defeat of the Boko Haram terrorist group which remains a threat to the region.
Ms. Maha Mostafa Akeel
Director of Information Department
OIC, Jeddah, 5 June 2016
PRNigeria encourages institutions to be transparent in their information management as it provides news items from authoritative sources for free use by the media