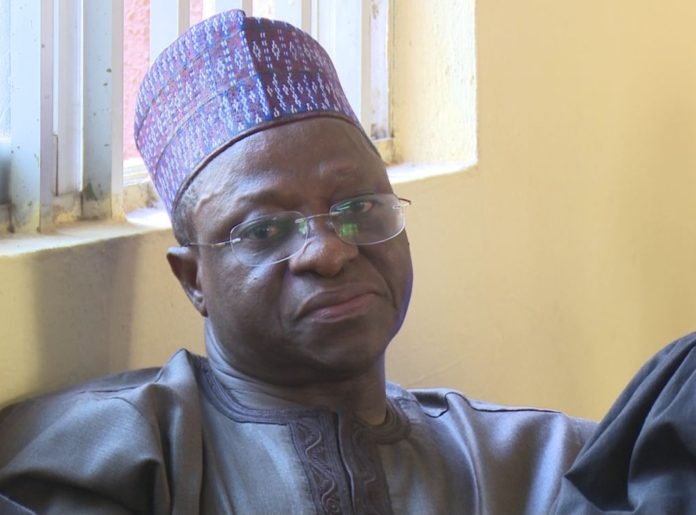 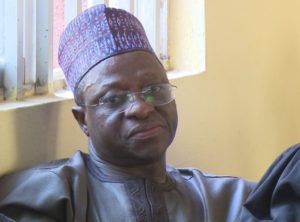 In what seems a plan to frustrate his trial, Joshua Dariye, former Plateau State governor, who is facing a 23-count charge at a Federal Capital Territory, FCT High Court, Gudu, has accused the trial judge, Justice Adebukola Banjoko of “undisguised bias”.
Dariye is being prosecuted by the Economic and Financial Crimes Commission, EFCC, for allegedly diverting about N1.162 billion from the state’s Ecological Fund, to private companies and individuals. His trial resumed on January 25, 2016 after the Supreme Court on February 27, 2015, dismissed his appeal to quash the charges and ordered Dariye’s “expeditious” trial.
The prosecution had on June 6, 2016 closed its case against him, after presenting 10 witnesses, including Peter Clark, a retired detective constable with the UK Metropolitan Police, who investigated money laundering charges against him in the UK.
Clark had on May 9, 2016 while being led in evidence by prosecuting counsel, Rotimi Jacobs, SAN,  told the court that Dariye remained a fugitive having jumped bail in the UK, and that the fraud charges against him were still pending there. Several documents detailing the diversion of the state’s funds to Barclays Bank in the UK were among exhibits presented in court.
Dariye’s defence team, led by G.S. Pwul, SAN, opened its defence on June 17, 2016 with Adonye Roberts, a former staff of the defunct All States Trust Bank, admitting under cross-examination, that Dariye illegally operated an account with the bank in the name of “Ebenezer Retnan Ventures” – a company to which part of the Ecological Funds were diverted to.
The trial could not go on, on December 9, 2016 as a result of the absence of a defence witness, prompting the judge to adjourn to December 13, 2016. Pwul, though was not in court, was represented by Fidelis Kaatpo. Kaatpo had told the court that: “The court bailiff was unable to serve our witnesses the summons, because they were not reachable.”
At the sitting on December 13, 2016 Justice Banjoko also had to adjourn to January 18, 2017 at the request of Pwul, who told the court that he intended to present two more witnesses, which he was yet to get in touch with. He had also forwarded two motions to the court meant for hearing.
Jacobs had visibly expressed his discontent at the decision to adjourn, accusing Pwul of deliberately acting to delay the trial. The trial judge, who had to step in to calm frayed nerves, however, cautioned the prosecution, noting that the defence deserves to be given ample time to make its case, and “a speedy trial is not having a speedy acquittal or conviction, but is based on the merit of what you put before the court.”
However, at the resumed sitting today, Justice Banjoko, could not hear the motions, because “they are not ripe for hearing”. She also revealed that “a letter waiting for directive of the Chief Judge” had been received by the court, thus halting the day’s proceeding.
The said letter, which was at the instant of Dariye, was titled, Application for Transfer on Ground of Manifest and Undisguised Bias. Dated December 13, 2016 it was addressed to the Chief Judge of the FCT High Court, Abuja, with the Seal of the Nigeria Senate, where he serves as Chairman, Senate Committee on Public Procurement.
Dariye alleged that the trial judge “has not found it easy to conceal her anger that I dared to pursue an appeal against her ruling up to the Supreme Court”, adding that “my counsel and I could only watch helplessly as events unfolded in court, and this made me feel so helpless like a lamp waiting to be slaughtered.”
Making reference to the proceeding where Clark testified against Dariye, which dealt a huge chink in his armour, the defendant accused the judge of allowing the prosecution time to bring “a witness from the United Kingdom”.
While Pwul was copied in the letter sent to the FCT Chief Judge, the prosecution, represented by Adeniyi Adebisi was not copied, causing him to express concerns that “if the defendant thought it fit to copy the court and his counsel, he ought to copy us”.
Pwul, however, noted that the letter was from the defendant himself and meant as an “administrative machinery as a way of asking”, and that the motions filed before the court constituted a judicial process that needed to be attended to.
Justice Banjoko, thereafter, adjourned tentatively to February 15, 2017 “for hearing of the applications”, once again citing the import of  Dariye’s letter.
Wilson Uwujaren
Head Media & Publicity
18th January, 2017