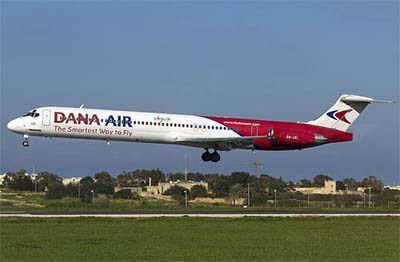 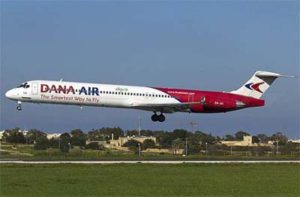 The Federal Government has signed an Agreement with Dana Airlines to give 50 per cent discount on official air travel tickets to Federal Ministries, Departments and Agencies.

The discount for air travel ticket for civil servants on official trips was championed by the Efficiency Unit of the Federal Ministry of Finance as part of its cost management initiatives. The Federal Government, through the Efficiency Unit, has implemented several cost cutting policies which have reduced wastage and leakages in public sector expenditure.

The Federal Government was represented at the signing of the Agreement by the Permanent Secretary, Federal Ministry of Finance, Alhaji Mahmoud Isa-Dutse and the Head of the Efficiency Unit, Patience Oniha. Dana Airline was represented by Head of Ground Operations, Mr. Ememobong Ettete and Mrs. JoyNwogu.

In his remarks at the occasion, the Permanent Secretary said the Federal Government was doing everything within its power to reduce operational costs while maximizing the gains. He commended Dana Airlines for being the first airline operating in the country to partner with the Federal Government on air ticket cost reduction for government workers on official trips.

In his response, Mr. Ememobong Ettete said Dana Airline was committed to the agreement and commended the Federal Government for the initiative.

Dana is the first of the Agreements to be completed, while those for other airlines are at various stages of finalization. When completed, the savings to government from the discounts is estimated at N5 billion per annum.  These discounts when considered alongside the restrictions on the class and frequency of travels introduced in 2016 through Circulars issued by the Secretary to the Government of the Federation and the Head of the Civil Service of the Federation, would translate to a savings totalingN15 billion yearly on travels.

While agreements with other airlines are being finalized, the Efficiency Unit is currently making arrangements for additional savings from the procurement of stationery, computers and computer accessories, vehicles and photocopiers, amongst others.