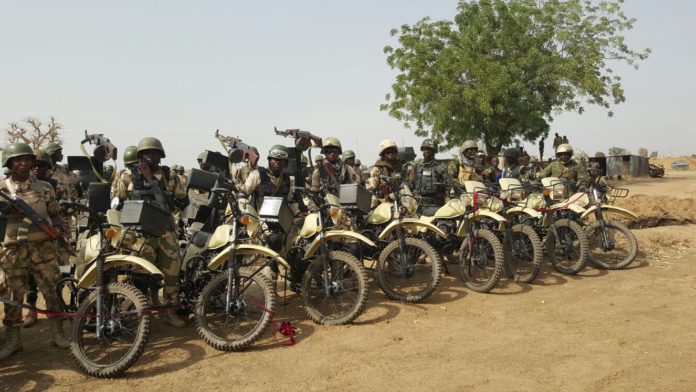 In his bid to strengthen security of lives and property in collaboration with local security groups in the State, Governor Yahya Bello of Kogi has donated 260 motorbikes and 10 trucks to the Kogi State Vigilante Service.

Presenting the donations on behalf of the Governor, the State Security Adviser, Navy Commander Jerry Omodara (Rtd.), said that the significant improvement in security witnessed in the last 14 months in the State was testament to the considerable investment the New Direction government has made in the sector.

At the ceremony which was held at the Confluence Stadium, Lokoja, State capital, Bello stressed that the development of the state will be built on a firm foundation of peace and security.

According to him “When we came on board, there were 93 expatriates living and working in Kogi State, today there are over 170

“Before this government, Kogi was one of the many states where warnings were issued not to visit. In the last four months, we have hosted the United States Ambassador, the British High Commissioner and the European Union Ambassador to Nigeria. These are indications that we are getting it right and the international community has noticed the improvement. Kogi is ripe and ready for investment.

“What we are doing today is providing support for officers of the Kogi State Vigilante Service. One motorbike will be going to each ward in the state, and the Commander at the local government level will get an extra motorbike. This crimes to a total of 260 motorcycles. This is to aid community policing, which we believe is a vital part of our security architecture.

“The trucks will be stationed at some points along some major roads where there are flashes of armed robbery and kidnappings.”

Expressing appreciation, the Commander of the Kogi State Vigilante Service, Col. Hassan Aliyu (RTd.), promised judicious use of the vehicles provided. He added that the service would ultimately recruit and train 3,000 officers across the state.