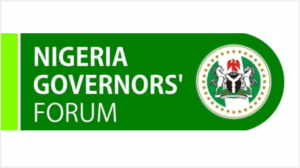 Ahead of its forthcoming NGF conference on fiscal sustainability scheduled to hold in November 2017, the Nigeria Governors’ Forum Secretariat, NGFS, has disclosed that state governors’ contribution to the nation’s economic recovery has been tremendous.
Thanks to governors and their reforms at the sub-national level, there is a 69% success in Public Expenditure Reforms being implemented by governments at the sub-national level. This, economists say, may have contributed immensely to the quick turnaround of the national economy which wriggled itself out of recession much faster than the public had expected.
The disclosure was made in a presentation by an Economist at the NGFS Mr. David Nabena when the FSP technical committee met at the Federal Ministry of Finance in Abuja.
The FSP committee comprises of officials of the Nigeria Governors’ Forum and the Federal Ministry of Finance.
The Fiscal Sustainability Plan, the framework for the sustenance of state governments in Nigeria, which is a product of an agreement between federal and state governments, has been hailed as a strategic game-changer for fiscal governance at the state level. The FSP seeks to improve transparency and accountability, increase public revenue, rationalize public expenditure, improve public finance management and facilitate sustainable debt management.
The meeting was to review the 22 core action points of the FSP from its last workshop held in April.
According to the NGFS findings, “the action point with the highest percentage of implementation is that of Public Expenditure Reform, which recorded 69% success, the NGFS Economist, Nabena disclosed. Several economists have argued that since most economic activities take place in the states, they might have indirectly assisted the economic recovery that the nation is now celebrating.
However, Nabena still believes more can be done by states to get the country out of the doldrums. Others with encouraging results according to him were public revenue reforms 63% and 54% for debt management reforms.
These are laudable goals, according to many economists, but above all it shares a very special affinity with the Open Government Partnership OGP which carries with it huge financial relief for governments that are able to meet its conditions.
A consultant at the Kaduna Business School concludes that the first point to note is that states are in dire financial straits today because of poor management of fiscal and other resources that occurred in the years preceding the report. Funds meant for development have been stolen outright and laws and policies, where they exist, have been ignored. In some states, there is an absence of good fiscal laws, according to the findings.
Nabena noted that the purpose of the meeting was to share findings of the 22 core action points of the FSP from the workshop held in April, as well as acquaint the ministry of the plans of the NGF Secretariat going forward.
During his presentation, Nabena noted that around 15 out of the 22 action points of the FSP have been implemented by most States, stating however that, this finding was contained in the states’ self-assessment reports.
He also highlighted the actions with the weakest implementation status, among which Nabena lamented were those targeted at accountability and transparency. Even here, Nabena explained, there is light at the end of the tunnel because there is a 44% success in implementation despite the fact that many states find the adoption of IPSAS cumbersome, expensive and challenging.
In conclusion, the NGF Economist regretted that the picture is not all rosy for governance at the subnational level. In many states that work was conducted Nabena stated that there is no consolidated debt service account or sinking fund, 9 states do not have an active and functional website, seven states have not yet concluded their biometric staff audit, and up to 31 states have recorded success in the internal audit of their accounts. “Only sixteen states” Nabena added, “have an efficiency unit.”
Responding, the Director, Home Finance at the Finance Ministry Mrs. Olubunmi Siyanbola congratulated the Forum for the brilliant and thorough work that they had done and also added that the figures given by the Forum is not far from that of the Consultants they deployed for the same reason.
Olubunmi Siyanbola also disclosed that 6 Consultants have been sent to the different geo-political zones to make a report on the activities of the states around the 22 action points of the FSP and their success stories so far.
She added that the way forward will be determined when all the consultants are back from the field with the complete report.
However, at a glance, the consultants recorded a 42% level of implementation across the 36 states, other percentages are 60% for Public expenditure reforms as against 69% from the NGF, 56% for PFM which is the same with what the Forum recorded and 35% level of implementation for public debt as against 54% recorded by the NGF.
Abulrazque B. barkindo
Head, media & public affairs
Nigeria Governors’ Forum Secretariat