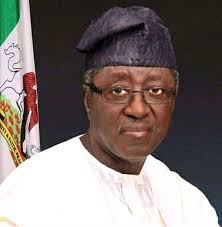 ICPC goes after Ex-Plateau Gov, Jonah Jang over N5.6bn Fraud
The Independent Corrupt Practices and Other Related Offences Commission (ICPC) may declare the former governor of Plateau State, Mr. Jonah David Jang wanted for failing to report to the Commission to answer questions on allegations of embezzling N5.6 billion belonging to the state.
The Commission has been on the trail of the former governor now a Senator, since October 2017, when it opened investigation into alleged corruption-related activities during his tenure.
Evidence before the Commission so far indicates that Senator Jang allegedly committed the offences in March 2015.
He allegedly received N2 billion in cash illegally out of the money which was allocated to micro, small and medium enterprises, under the pretext of a loan to be spent on ‘classified expenditure’.
Jang again allegedly received N400 million illegally of funds meant for Plateau State Universal Basic Education Board (SUBEB).
He also allegedly caused a former commissioner of finance in the state to illegally transfer the sum of N3.2 billion of SUBEB funds to the project account of the ministry of finance.
Several invitations have been sent to Mr. Jang by ICPC through both the Senate President and the Clerk of the National Assembly to come and clear his name but he has refused and neglected to honour the invitations.
Also, efforts to procure an arrest warrant from two different magistrate’s courts in the Federal Capital Territory have been futile as the Magistrates declined to sign them even after the sworn requisite affidavit had been presented by the Commission.
In the light of the foregoing, the Commission may have no other option than to declare the former governor wanted.
Signed: Mrs. Rasheedat A. Okoduwa, mni
Spokesperson for the Commission