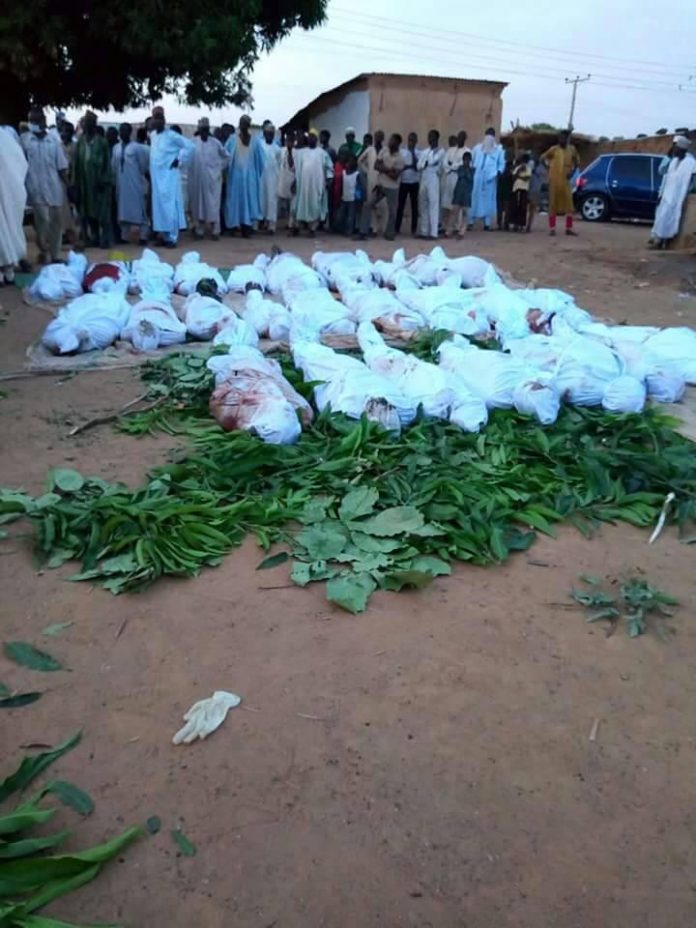 Gwaska Massacre: Death toll hits 71, Emir Appeals for Vigilance
The death toll in the last weekend armed bandits’ attack on Gwaska Community in Birnin-Gwari Local Government of Kaduna State has increased to 71, as more bodies were recovered from the town and surrounding environs.
This is coming as the Emir of Birnin-Gwari, Alhaji Zubairu Mai Gwari in a chat with PRNigeria commended the local vigilante groups and security agencies in the search and evacuation efforts, adding that more people are still missing.
The traditional ruler who also appealed to members of his community to be calm and exercise patience urged them to be more vigilant and cooperate with the security agencies towards tackling the menace of armed bandits in the area.

Governor Nasir El-Rufai has visited Birnin-Gwari and Gwaska village today but he was not  unable to address the survivors of the attack due to the resistance of the youth at Gwaska and Doka Village respectively.

Meanwhile, the Birnin-Gwari Vanguards for Security and Good Governance has urged the government to improve security measures and take control of Doka and Maganda districts from the grabs of the armed bandits.

In a statement, the group said that based on reliable information from the survivors of Gwaska there are speculations that Dogo Gide that killed Buharin Daji renegades is planning to attack other villages and towns soon.

The group said: “We are calling on the authorities based on reliable information from the survivors of Gwaska attack, that, Dogo Gide that killed Buharin Daji renegades are planning to attack other villages and towns.

“We pray that God will not allow them. While commending the gallant vigilantes and volunteers as well as security agencies for their sterling performance in the rescue and evacuation of casualties, we are appealing for all peace loving people of Birnin-Gwari to be on alert and report suspicious persons and movements to the security agencies.”