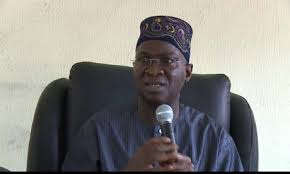 Minister of Power, Work and Housing, Babatunde RajiFashola, SAN, has recently inaugurated a 45 member reconstituted Architects Registration Council of Nigeria (ARCON) being a regulatory body in the built industry. The members were duly nominated from the 36 States of the federation, the FCT and other professional bodies.

While inaugurating the Council in Abuja, the Minister noted the high level of professionalism embodied in the council. He thanked the council for maintaining standards in the built environment over the years which he averred has impacted positively in the lives of Nigerians.

He urged the members to see their appointment as a call to national service and an opportunity to contribute their quota in the built environment in Nigeria. He then charged them to be “men of good faith and determination” who will further Mr President’s vision in the built industry.

Fashola said that the President is committed to massive investment in infrastructure renewal and development across the nation and explained that it is one of the ways the government hopes to drive its Economic Recovery and Growth Plan (ERGP) policy.

He reiterated that government is committed to implementing the National Housing Program (NHP) for which construction is on- going in 34 States of the federation and are at various stages of completion, adding that most of the materials used in the construction of the houses are sourced locally in line with the Presidential Executive order, No. 5 “Local Content in Public Procurement” which mandates the use of “Made in Nigeria Goods”.

According to him, the Executive Order has impacted immensely on the economic and financial capacity lives of Nigerians.

Fashola commended the contributions of architects in the execution of the National Housing Programme and explained that the purpose of the pilot project is to deliver a Nigerian House taking cognizance of the geo-political and cultural diversities of Nigerians in the way they live and work.

He commended President Buhari’s gesture at opening a new chapter for  Nigeria’s unity and reconciliation on June 12  with the National Awards conferred on the nations past leaders and charged the Council to borrow a leaf from the President’s move in reconciling with their sister institute, noting that choosing June 12 as their inauguration day is significant.

Among those inaugurated was the son of late Attorney General of the Federation, BolaIge MuyiwaIge and Director Construction, Public Building Federal Ministry of Power, Works and Housing, Arc. Patrick Alabila.