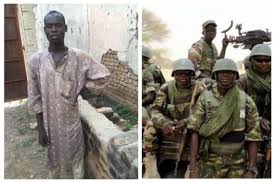 National Human Right Commission (NHRC) has advocated for multi-agency approach in reintegrating into the society, de-radicalised persons associated with Boko Haram insurgents released from military custody.
Mr Anthony Ojukwu, Executive Secretary NHRC, gave the suggestion in Maiduguri.
Ojukwu said that the call became imperative as those formerly alleged to be associated with insurgency are now faced with stigmatisation and physical threats.
“There are many cases of communities not ready to receive persons formerly arrested; some were innocent while others were not innocent.
“The trial of the inmates had commenced in Kainji, Niger state, and very soon, it will commence here in Maiduguri, and those who are found innocent will be released.
“But you know our people, once you are arrested, they believe that you are involved,” he said.
Ojukwu warned that human rights abuses may escalate if such issues were allowed to go unresolved.
He urged stakeholders, civil society organisations, state governments and religious leaders, to promote programmes aimed at changing the mindset of people in the communities to enhance protection for returnees.
He also explained that as people returned to their communities, there were challenges over land and accommodation.
” Government must act with speed to avoid degeneration of this emerging challenge into another conflict,” he said.
Ojukwu advised  that  security forces should ensure the safety of returners before making them to return to their communities.
“The challenges of providing security in an event like this is enormous and the government is doing its best; addressing this challenge should not be left to the military alone.
“This is where all stakeholders must be involved to make our environment conducive for all; we continue to notice that the current pattern of providing security has been left for the security agents alone,” he said.
PRNigeria