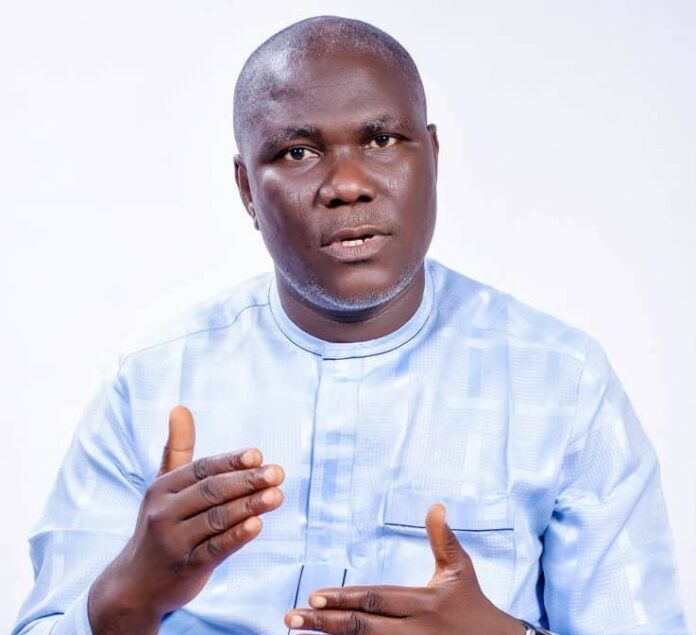 An Ilorin-based legal practitioner, Barrister Sulyman Abaya insisted that the Economic and Financial Crimes Commission (EFCC) must tender a public apology to him for portraying him as a criminal in a defamatory mugshot and Press Release.

The anti-corruption agency said that it would not apologize for the mugshot and press statement on Abaya and two others which is part of its standard practice.

The lawyer stated categorically that contrary to the allegations leveled against him by the anti-graft agency, he did not conspire with anybody, impersonate anyone or forge any document in order to defraud one Pastor Adedoyin of his property at any point in time.

In his statement obtained by PRNigeria, the lawyer added that through his life with about twenty years in the legal practice, he had always sought for contentment, integrity, uprightness, good name and godliness.

He said: “For those who know my personality traits, I had never craved for illegitimate wealth or unearned income. I have never been involved in any financial crime that may tarnish my highly cherished family name which unquestionable integrity among my professional colleagues.

The lawyer said he was deeply pained when he EFCC syndicated his mugshot with spurious allegations of Conspiracy, forgery and Obtaining money by false pretence when he was never being found guilty or convicted by any court of law.

Narrating his ordeal, Barrister Abaya stated that: “Sometimes in 2013, I was approached and briefed by a colleague, Mr. R.O. Salman, Esq. to take over the defence of a civil case in Suit No: KWS/112/2010 filed by Alhaji Abdullahi Muhydeen Olojuku through his lawyer, Dr. D. A. Ariyoosu, Esq. against Engr. Tunji Adedoyin challenging him for the unlawful occupation of his land. The case was before Hon. Justice Haleemat Saleeman of High Court of Kwara State.

“Sequel to the brief of R. O. Salman, Esq. whom I verily believed had the brief of Engr. Adedoyin, I made some appearances in the case in the best interest of the Defendant (Engr. Adedoyin) and after a while, I was informed that parties had agreed to settle the matter out of court.

“Based on this information, I withdrew from the case and handed over the case file back to R. O. Salman, Esq. In fact, I did not partake in the settlement proceeding and I knew nothing about how the case was eventually settled. Surprisingly, on 27/8/2019 and without prior invitation, I was arrested by the officers of Economic and Financial Crimes Commission (EFCC), Ilorin Zonal Office at the High Court premises, Ilorin and subsequently detained till the following day in their office.

“While at the EFCC custody, I clearly stated my story in connection with the case as narrated above but despite my explanations and notwithstanding that I was not confronted with any document I allegedly forged, or any allegation that I collected any amount of money from anybody or received any amount of money on behalf of anybody in connection with the case, the officers of EFCC threatened and forced me against my will to carry placard and took my photograph which they later uploaded on the internet.

“The whole world has undoubtedly seen me carrying a placard. Please retake a deep look at that picture and you will see that it was hesitantly carried with one hand. For more than one hour, I resisted and protested the carrying of the placard but EFCC called on two of her mobile policemen who pointed gun at me and coerced me to carry it. As soon as the picture was taken, EFCC released me together with my car.”

Mr. Abaya, further stated that last Friday, which was August 30, the officers and operatives of EFCC involved in dehumanizing him called to apologize for disparaging his personality, but he however insisted that they must apologize publicly.

“I am convinced that since my release, the picture of my innocence has become clearer to the EFCC but the damage done me and my reputation by the actions of the overzealous officers of EFCC are incalculable, immeasurable and ought to be adequately redressed,” he added.

Responding to the petition, the Spokesperson of EFCC, Mr. Wilson Uwujaren a press statement said that EFCC had no reason to threaten or apologize to Abaya, over its investigation on N20 million property fraud case by the Ilorin Zonal office of the Commission.

Abaya was arrested along with two other lawyers, Salman Rafiu and Saka Hammed, for alleged illegal acquisition and sale of a property belonging to Mr Adetunji Adedoyin, valued at about N20 million (Twenty Million Naira).

The spokesperson of EFCC said: “In the first place, there is no reason for anyone to apologize to Abaya who remains a suspect under investigation. Apparently, Abaya has mistaken or deliberately wants to construe the administrative bail offered him by the Commission as exoneration of criminal complicity in the alleged fraud. The facts of the case suggest otherwise. He was merely offered bail to preserve his rights pending the conclusion of investigation.

“Without prejudice to the facts of the case, it is puzzling that a lawyer of Abaya’s standing would take a brief from third parties on behalf of a client who is not incapacitated and that lives in the same city with him.

For the record, it is not the practice of the EFCC to force suspects to be profiled. Taking mugshot of suspects of crime is standard procedure in criminal investigation. It beats the imagination why Abaya would want to be treated differently,” he concluded.