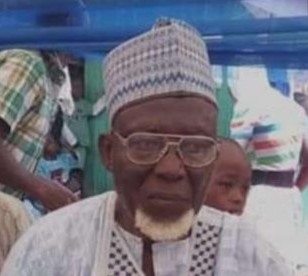 In their separate letters of condolence, the two respected forums in Kwara state described the death as a great loss to humanity.

“We also commiserate with our esteemed member, Alhaji Lukman Atanda and the entire family over the loss of their dutiful father who left enduring legacies of hardwork, integrity and selflessness.

“With the death of Alhaji Atanda, Ilorin Emirate has lost an un common patriot, an icon and role model who never relented in championing the cause of development of our communities over several decades.

In a similar condolence message, the President of Emirate Stakeholders Forum, Engr. Tunji Ahmad, lamented that Ilorin community has indeed lost one of its illustrious sons and a respected elder statesman in the former president of the IEDPU who reigned from the year 2000 to 2004.

Angr Ahmad said that the deceased was a peace-loving character who endeared himself to the hearts of all with his patriotic contributions to the development of the Ilorin from all fronts.

Alhaji Atanda passed on July 16, 2020 at his residence at the age of 84 after a brief illness.

He was until his demise the Baba Adinni of Popo Igbonna mosque.

Born on the March 28, 1936 at Cow Lane, Accra the capital of the then Gold Coast (now Ghana,), Alhaji Atanda
started his Arabic school at Alhaji Dikko (Attebise) school in Cow Lane.

In 1944, he was enrolled at Arabic school in Ansaru Islam (Okekere) to continue his foundational knowledge.

In the year 1945, he also attended Alhaji Ahmad Basha English and Arabic school where he learnt the western and Arabic education which made memorization quite easy for him.

In the year 1946, he joined African College Primary School where he had a double promotion from Class 2 to standard 1(one) and further enrolled at Oke-Apomu Primary School, Ilorin where he studied between 1948 and 1949.

In 1949, he returned to Ghana and continued his education in African College Standard where he joined the standard (2) class and the Accra Royal School where he completed his primary education.

After his primary education, he proceeded to Additrom Secondary School, Accra for his secondary education.

Upon his return to Nigeria, he was at the Institute of Administration, Zaria, Kaduna state for a diploma in cooperative inspectorate course, following which he became the Cooperative Inspector in both Katsina and Bauchi states.

And for the love of his people, he left Bauchi in 1967 for Kwara , his home state where he was in charge of the Lafiagi/Patigi Union where he worked as an officer supplying rice to the Nigeria troops in Biafra.

He was later posted to Omu-Aran to be in charge of Igbomina/Ekiti division where he introduced yam flour industry.

His further thirst for knowledge saw him to Kaduna Polytechnic where he bagged yet another diploma in cooperative studies between 1972 to 1974.