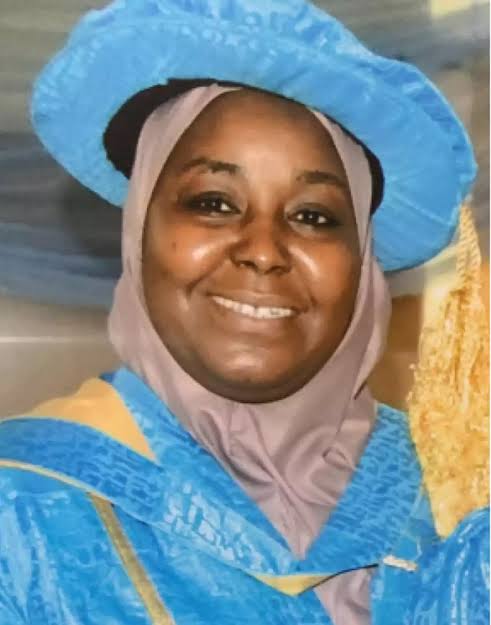 A Mass Communication Scholar, Dr. Hajara Umar Sanda has been honoured for outstanding leadership when she served as Deputy Dean, Students Affairs at the Bayero University Kano.

ArewaAgenda reports that she was honoured as her tenure at the Students Affairs of the institution elapsed.

In a letter dated 23rd October and signed by Aishatu Uwais Muhammad, Deputy Registrar and Secretary for the Dean, Students Affairs, the University expressed its sincere gratitude for her commitment, dedication and hard work in moving the Students Affairs Division forward.

According to the Deanery, Dr. Hajara has left an “indelible mark and positive impression that would be continuously used for the betterment of the unit as well as improving the welfare of both staff and students.”

It therefore wished her well in her future endeavors.

Dr. Hajara made history as the first female lecturer to be promoted to the professorial cadre in the Department of Mass Communication at the University.

She graduated from BUK in 1992 with a B.A. in Mass Communication and obtained Post Graduate Diploma in Education (PGDE)from Federal College of Education, Kano in 2001.

Dr. Hajara was recently promoted to the rank of Associate Professor of Mass Communication, becoming the first female to earn the promotion in the department since its establishment 42 years ago.

The feat has made her one of the most outstanding female scholars of Mass Communication who were recently honoured by a Media research group.