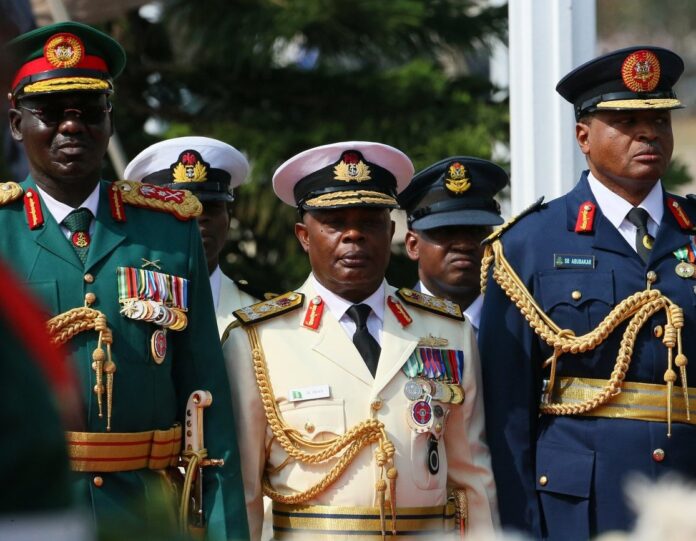 The Boards of the Nigerian Army, Airforce and Navy have approved the promotion of senior military officers to the rank of lieutenant Colonel to Major General.

The respective boards of the military services are chaired by the Defence Minister, Major General Bashir Magashi (rtd).

The meetings of the boards which were held at the Ministry of Defence on Wednesday (November 25, 2020), considered and approved the promotion of Army Officer to Lieutenant Colonel, Colonel, Brigadier General and Major General which are equivalent to Commander, Captain, Commodore and Rear Admiral in the Nigerian Navy and Wing Commander, Group Captain, Air Commodore and Air Vice Marshal in the Nigerian Airforce (NAF).

PRNigeria gathered that the board meetings were attended by the Chief Of Army Staff (COAS) Lieutenant-General Tukur Buratai, Chief of Naval Staff (CNS) Ibok-Ette Ibas, Chief of the Air Staff (CAS) Air Marshal Sadiq Abubakar, their respective military secretaries and other top officers.