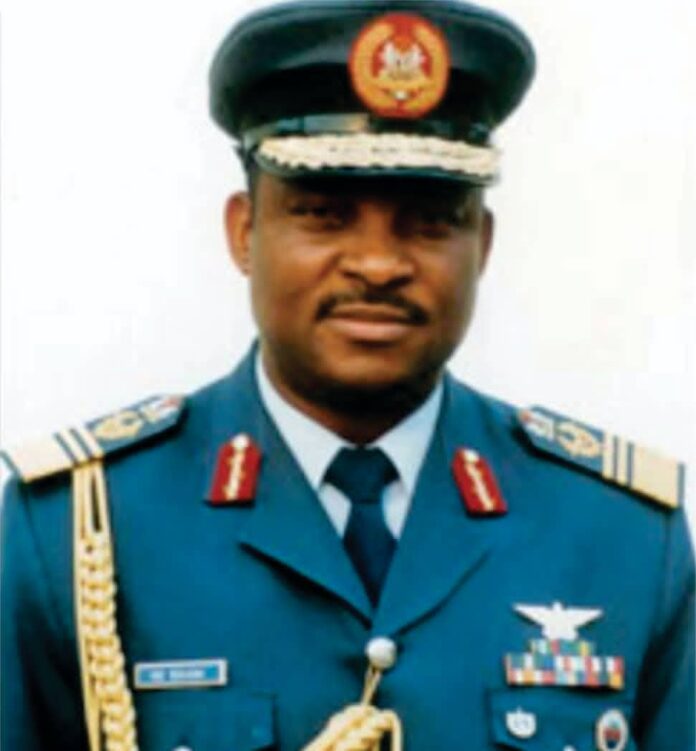 The Chief of the Air Staff (CAS), Nigerian Air Force (NAF), Air Marshal Sadique Abubakar, on behalf of officers, airmen/airwomen and civilian staff regretfully announces the passing away of the former Chief of the Air Staff, NAF, Air Marshal Nsikak-Abasi Essien Eduok (Retired).  Late Air Marshal Nsikak Eduok died yesterday, 6 January 2021, at a hospital in Uyo, Akwa-Ibom State where he was receiving treatment. Late Air Marshal Eduok, who was the 12th CAS, served the NAF meritoriously from 1968 – 1999, and was CAS from 1996 – 1999.

2.     Born on 11 July 1947 at Mbak in Akwa Ibom State, late Air Marshal Eduok enlisted into the NAF as a Potential Pilot on 1 August 1968. He had his initial military training at the Nigerian Defence Academy, after which he went for primary flying training in 1970. Before becoming the 12th CAS, Air Marshal Eduok served as Air Officer Commanding, Tactical Air Command, Makurdi and as CAS he was also appointed a member of the now defunct Provisional Ruling Council. Late Air Marshal Eduok was appointed a member of the Federal Executive Council on 20 March, 1995 where he served as Honourable Minister for Aviation.

3.     Late Air Marshal Nsikak Eduok was a seasoned pilot and would be remembered for his forthrightness, integrity, dedication, simplicity and commitment to duty. During his tenure as the CAS, he contributed immensely to the development and transformation of the NAF and made significant and considerable impact. The contributions of this confident, courageous and professional senior officer even while in retirement would be sorely missed. His death is a monumental loss to the NAF family and indeed the entire Nation. May God Almighty comfort the entire Eduok family and grant them the  fortitude to bear this great loss.