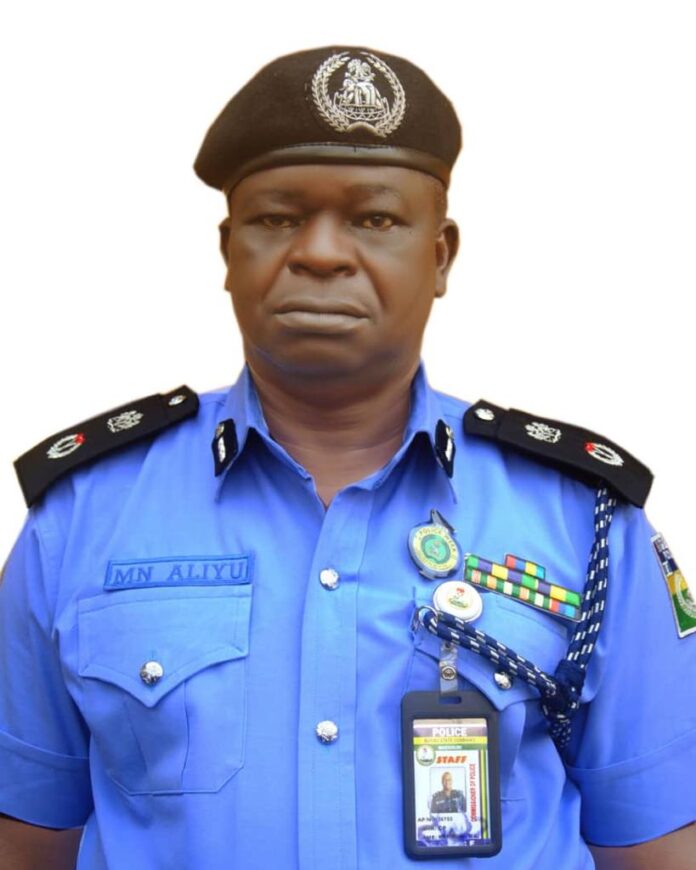 _*…Entreats residents to be supportive*_

The Enugu State Police Command delightfully wishes to inform the general public, particularly the good people of the State that newly posted Commissioner of Police of the Command has taken over and assumed duties. He is CP Mohammed Ndatsu Aliyu _*psc*_. He takes over from CP Ahmad AbdurRahman _*FIPCDS, FICMC, FCAI, MNIM*_, who is proceeding to National Institute of Policy and Strategic Studies (NIPS), Kuru-Jos, Plateau State on Executive Management Course.

2. CP Aliyu hails from Dafa in Kwali Area Council of the Federal Capital Territory (FCT). He is a graduate of Political Science from the prestigious Bayero University Kano and has attended several career and professional courses both within and outside the country.

4. The Commissioner is a consummate Police Officer and Administrator, who is operationally-minded, result-oriented with a high inclination to professionalism and zero-tolerance for acts of indiscipline. He brings with him an array of career experience and expertise.

5. Meanwhile, he has assured commitment to foster the best policing practices in order to rid the State of acts of crime and criminality, while entreating Ndị Enugu to remain vigilant, law-abiding and supportive to make this goal a reality.

6. The pragmatic and peace-loving CP is happily married and blessed with children. He takes over Office as the 24th Commissioner of Police since the creation of Enugu State.

*.Assures of synergy with state government and sister security agencies*

*.Vows to rid Sokoto of crimes through professionalism and effective utilization of community policing approaches*

*Secures assurance of community partnership from the Sultan*

Following the assumption of office by the Commissioner of Police, Sokoto State Command, *CP Ali Aji Janga psc, mni,* the CP had today visited the *Sultan of Sokoto, Alh. Muhammad Sa’ad Abubakar, CFR, mni,* who welcomed the CP and assured him of traditional/community partnership throughout his tour of duty in Sokoto.

Similarly, the CP had visited the *Executive Governor of Sokoto, Rt. Hon. Aminu Waziri Tambuwal CFR,* who warmly received the CP and declared unflinching support of the State Government to the Police Command, the CP in turn gave assurances of synergy with the state government and other sister security agencies in a bid to advance public safety in the state.

The CP equally pledged to rid the state of crime through adoption of professional policing ethics and effective utilization of community policing approaches.

Meanwhile, the CP had earlier yesterday visited the *AIG Zone 10, AIG Muhammad A. Mustafa mni,* who charged the CP to remain resolute in his crime fighting efforts and ensure professionalism prevails in all policing activities of the State. The CP assured the AIG of his commitment and dedication to nip crime in the bud in the state of Sokoto.