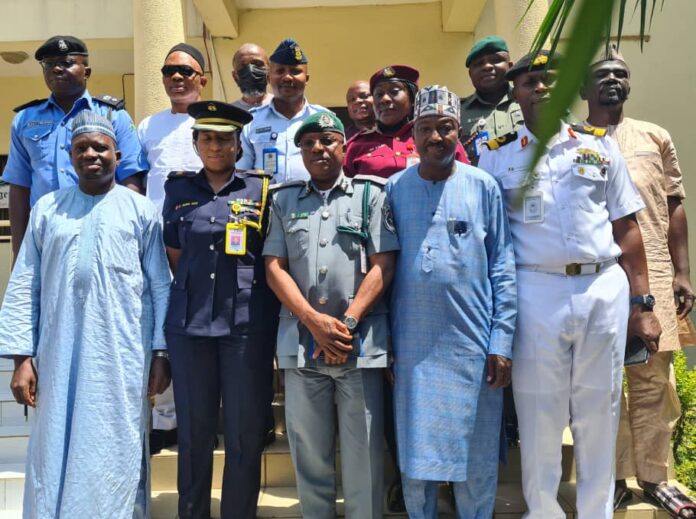 CCC Seeks Citizens’ Support for Security Services
Concerned about incessant attacks on security personnel and their facilities, the Centre for Crisis Communication (CCC) has appealed to the citizens to raise up in the support of the security agencies against the pervading insecurity challenges in the country.

The Centre also called on the media organisations to partner with security agencies towards a better-informed society.

The Executive Secretary of the Centre Air Cdre Yusuf Anas (Rtd) made the appeal in Abuja at the meeting of the Forum of Spokesperson of Security and Response Agency (FOSSRA).

The Centre is a brainchild of FOSSRA and the Secretariat of the forum which 17 agencies from military, security, intelligence and response agencies as members.

He said for the security agencies to succeed, the public must support them by providing information that may be useful from the communities and expose the criminal elements and the activities.
Appraising the security situation, he said security agencies are doing their best to address the challenges that have bedevilled many parts of the country, noting that contribution of FOSSRA would further strengthen the aspects of communicating useful information to the public and mobilising citizens to support the quest for finding lasting solutions to the problems.

Air Cdre Yusuf Anas (Rtd) advised the public to avoid the antics of scrupulous elements behind the security challenges not to engage in unlawful activities such as violent protests, circulation of fake news, divisive tendencies against a united and peaceful Nigeria.

He also advised the security agencies to remain focus not to be distracted in their call to service the nation and emphasised on the need for the agencies to work together in synergy and collaboration for enhanced operations.

He noted that though Covid-19 had exacerbated the security challenges, industrial strikes had further worsened the socio-political climate in the country.

He therefore workers in the judiciary and health sectors to reconsider their stances and return to their duties towards the decongestion of correctional centres and improving health of the citizens respectively.

He also called on security spokespersons to sustain their inter-agency collaborations on information management, especially through their forum.

He said FOSSRA has the capacity to serve both strategic and operational purposes considering the critical role of information management in the success or otherwise of any security or intelligence operations. He said the FOSSRA fits into the strategic communication inter-agency policy and coordination to ensure synchronization and implementation of strategic communication plans which is coming up soon.

FOSSRA was established in response to the need for harmonisation and effective dissemination of defence and security information to the public.