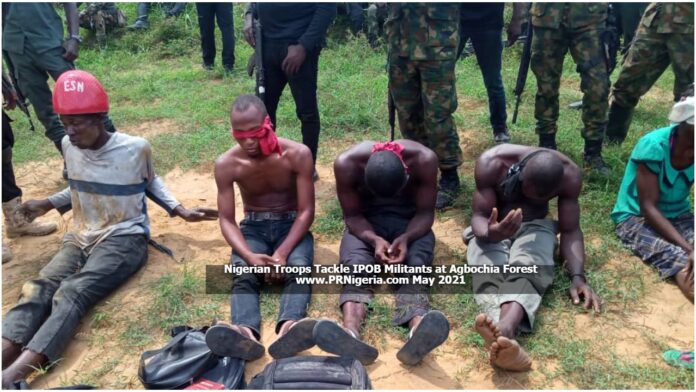 During the clearance operation, the joint security team comprising men of the Nigeria Police, operatives of the Department of State Security Service (DSS) and Nigeria Security and Civil Defence Corps (NSCDC) engaged the IPOB members in a gun battle.

An intelligence officer involved in the operation told PRNigeria that the troops did not record any casualty on their side.

“Reportedly, the camp was destroyed in-situ. Meanwhile, the suspects and corpses have been handed over to Rivers State Commissioner of Police for further investigation.”