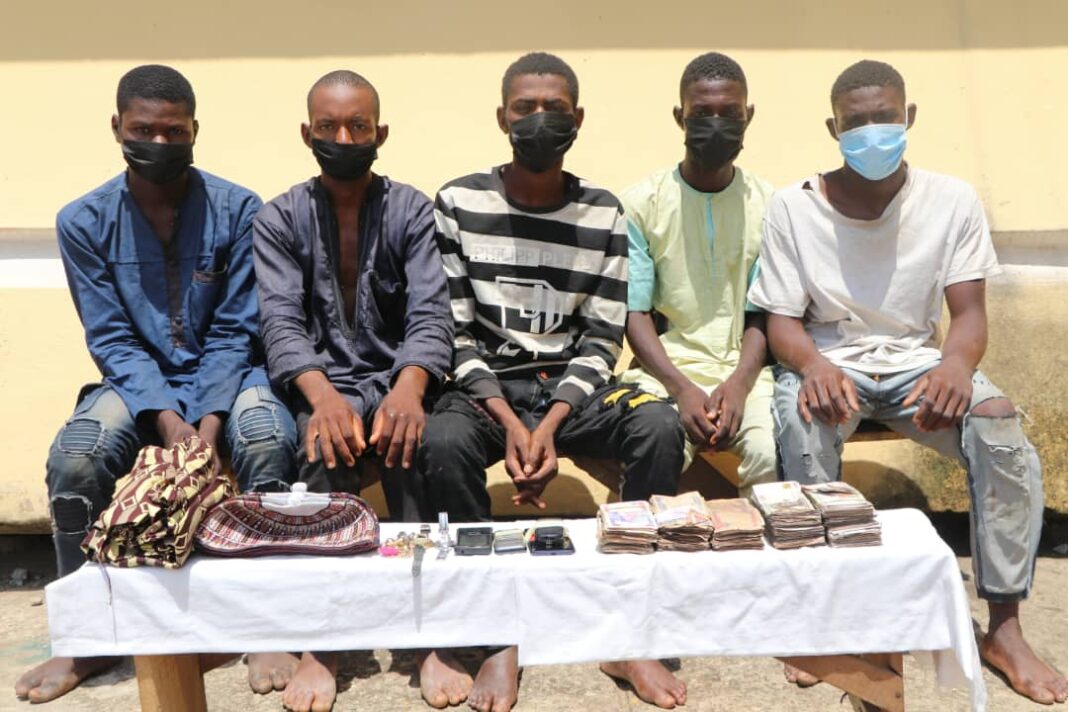 The FCT Police Command has arrested five (5) suspects for kidnapping along Tungan-maje, Bwari and Kwali-Kuje axis

Amongst the suspects are: one Usman Musa 20years, Bello Musa 21years and Haruna Alhassan 22years all male, arrested by Police Operatives from the Command’s Anti-Kidnapping Squad during an intelligence-led operation.

The suspects who belong to a notorious syndicate of kidnappers confessed their involvements in the recent abductions along Bwari-Byzahin, Kuje-Kwali axis and Niger State.

Exhibits recovered from them are: cash sum of one million, two hundred and seventy-five thousand naira (N1,275,000) paid as ransom by their victims, three (3) mobile phones, charms, three (3) wrist watches and two caps*

Relatedly, one Lawal Abdullahi 25years and Abdul Alhassan 19years both male, were arrested for being linked to the kidnappings along Tunga-maje axis.

The duo also confessed to threatening some residents of Tunga-Maje to pay ‘ransom’ to avoid being kidnapped. Exhibits recovered are: one (1) mobile phone.

All the suspects will be arraigned in court upon conclusion of investigation.