Also slated for removal from office is the deputy governor of the state Alhaji Mahadi Aliyu Gusau over the same issue.

At the federal high court being used as battle ground, the party asked the court in Abuja to sack the Governor and his Deputy over their unlawful defection from the party to the All Progressives Congress (APC).

The request forms part of the reliefs being sought in a suit, marked: FHC/ABJ/CS/489/2021 filed in the names of two PDP members from Zamfara State, Alhaji Sani Kaura Ahmed and Abubakar Muhammed.

The plaintiffs are contending that, in view of an earlier judgment of the Supreme Court, to the effect that the APC had no candidates in the 2019 governorship election in Zamfara State, having not conducted valid primaries, it would be unlawful for Matawalle and Gusau to retain their offices while defecting from the PDP to the APC, and thereby transferring PDP’s victory to the APC.

They want the court to,among others,declare that Matawalle and Gusua must resign from their offices before their defection to allow the Independent National Electoral Commission (INEC) to conduct fresh election, within three months, for the PDP to replace them.

On Monday when the legal battle was kick started through ex-parte motion argued by the plaintiffs lawyer, Kanu Agabi (SAN), Justice Inyang Eden Ekwo granted an order of substituted service of the originating processes on the Governor and Deputy Governor.

By the order, the governor and his deputy are to be served with all court papers through the National Secretariat of APC in Abuja.

The governor and his deputy had two weeks ago, defected from PDP to APC which prompted the move by PDP to claim its mandates from them through court action. 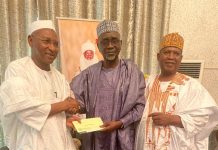 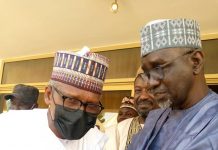 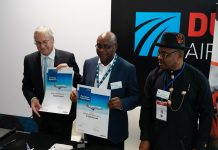 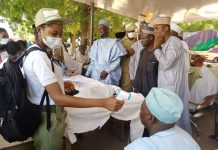 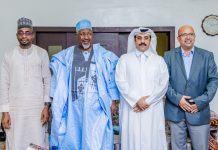