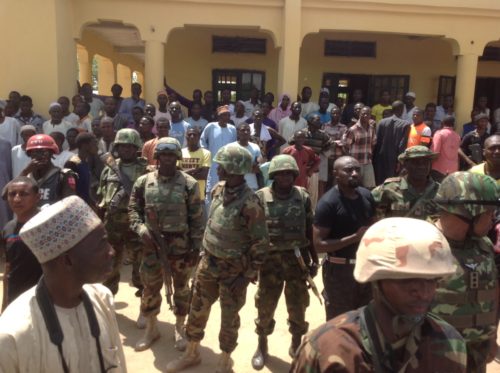 Nigerian Military Intensifies Battle against Terrorism…… Over 600 Terrorists Killed in One Month
Even as there is little information flowing from the military about their ongoing operations against terrorism in the North-Eastern parts of the country, several sources have confirmed to PRNigeria that over 600 Boko Haram terrorists must have been killed in the last one month while other insurgents are finding life extremely difficult.

A top security officer said: “While the terrorists have engaged in guerrilla tactics of using vulnerable girls and youngmen for suicide attacks on soft targets, we ensure that their fighters do not escape as they continue to meet their Waterloos in the hand of the troops.”

In their desperation to create fear among the citizens, the terrorists are now deliberately targeting remote villages where their former members who had renounced the sect membership were taking refuge.

On the guerrilla tactics employed by the terrorists, the security source said “The major challenges we face is that of suicide bombers who might be operating with insiders within the communities. There is no way, as security personnel we can identify potential terrorists or suicide bombers from their faces or movements. Some of them look as innocent as new born babies.”

The Officer therefore urged the residents to muster the courage by exposing suspects, strange objects or movements to the relevant authorities.

The source added that since the emergence of new administration of President Muhammadu Buhari no single territory in Nigeria is being occupied or proclaimed by the terrorists as their Caliphate even as their leaders are either being killed, captured or on the run. 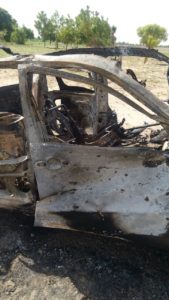 enemies by killing them and destroying their vehicles, especially in Borno State.”

It was however learnt also that relentless campaign against the Nigerian military by Amnesty International (AI) was a serious nuisance as it dampened troops’ morale.

“Nonetheless, very senior officers and military psychologists have revved up their efforts in assuring combatants that AI reports were meant exactly to achieve that same negative objective of dampening morale and so, they must never allow the enemies of Nigeria to win”, a source disclosed.