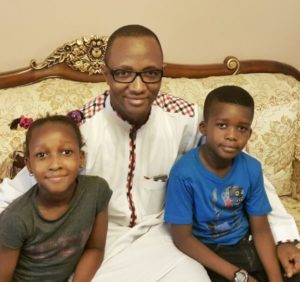 Colonel Ashinge who had been under the custody of the Economic and Financial Crimes Commission (EFCC) and the Military Authority has already reunited with his family members including his mother, sibling and children.

A Judge of an Abuja High Court, sitting in Jabi Justice Yusuf Haliru had on March 14, 2016 ordered EFCC, and the Nigerian Army (NA), to release the serving Colonel Nicholas Ashinze who served as Military Assistant to former NSAs, Sambo Dasuki and Patrick Azazi.

Colonel Ashinze who was detained before resuming his new posting as Defence Attaché in Germany, has been in detention since December 23, 2015.
‎ 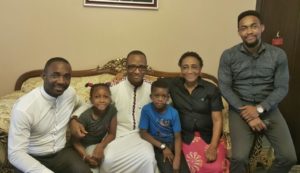 In his judgment, Justice Yusuf Haliru, had ordered the anti-graft agency and the army to immediately release the applicant on self-recognition, saying his detention for over three months without trial, was “‎illegal, wrongful, unlawful and constituted a blatant violation of the fundamental rights of the applicant.”

The court also ordered immediate release of documents and items the anti-graft agency seized from the house of the applicant.