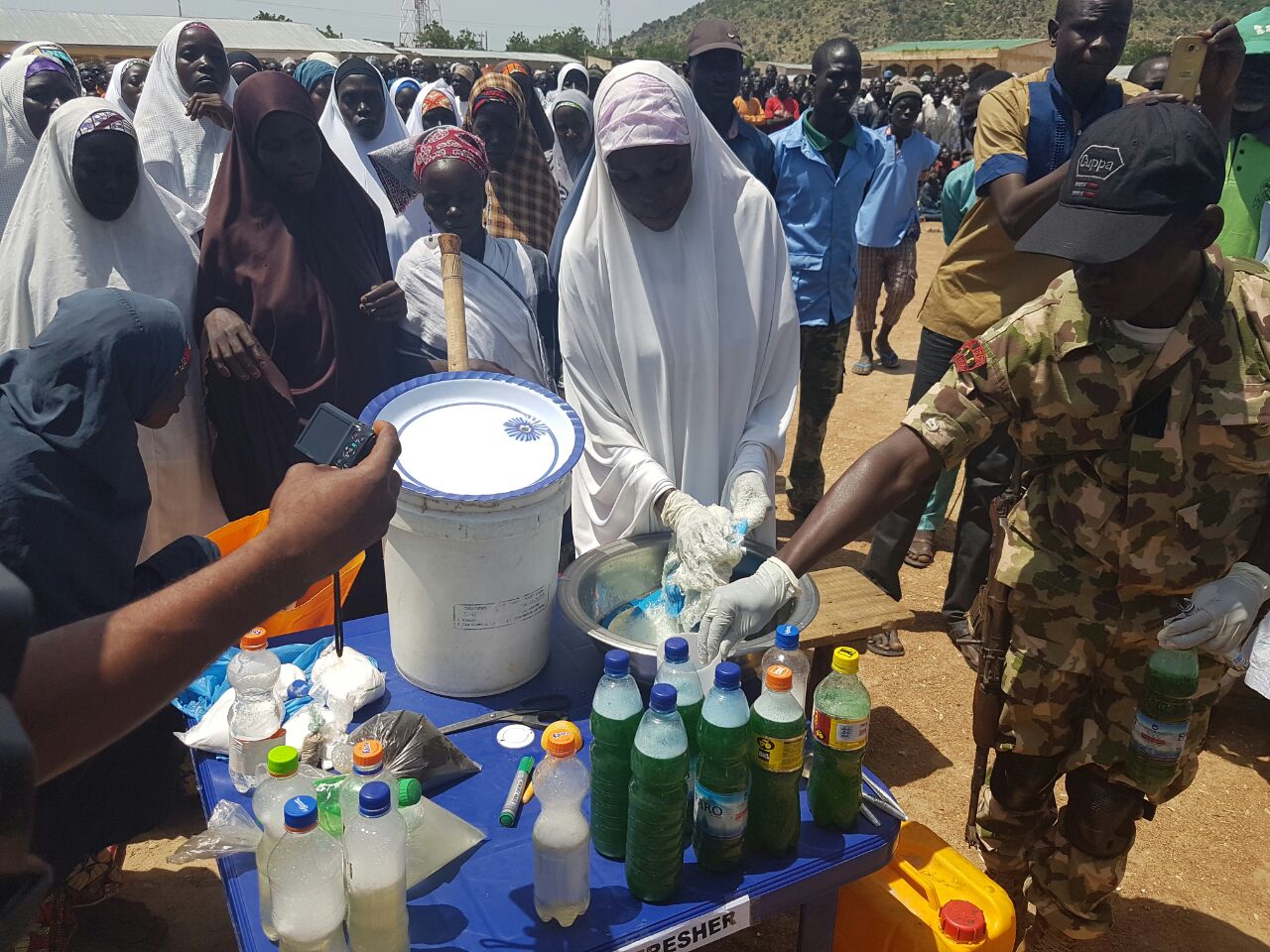 The aim of the scheme was to cushion the devastating effects of Boko Haram terrorists’ activities on the lives of the beneficiaries and economy of Pulka, Borno State in order to improve the living standard of the people.

The Commander also used the opportunity to commission a new Medical Centre established in Pulka by the unit in collaboration with UNICEF. The event witnessed a large turnout of people including dignitaries from Borno state government.