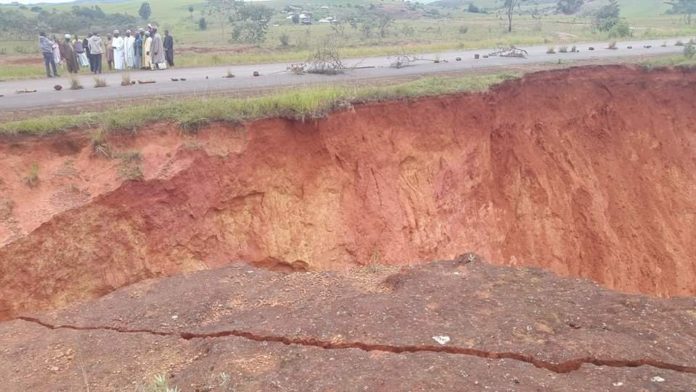 The over $3.2billion Mambilla Hydro-power project with the capacity to generate 3050 megawatts is being threatened by several factors including massive landslide and bad roads.
The Mambilla hydro-electric power project in Taraba State was initiated in 1982 to serve as the largest single hydro-power station in Nigeria. The contract was awarded on May 28, 2007 at the sum of $3.2 billion to China Gezhouba Group Company Limited (CGGC) and another Chinese consortium, Sinohydro.

The current six biggest thermal stations in the country have a total capacity of 3030 mw which is still far less than Mambilla’s 3,050 megawatts.

The Economic Confidential gathered that the contract sum has increased to about $6billion due to inflationary trends as Chinese Firms are expected to provide 70 per cent of the sum while 30 per cent would be provided by the Federal Government of Nigeria. Due to various factors the project was suspended during the previous administrations.

In an effort to ensure the speedy completion of the project, President Muhammadu Buhari was in China this year to seek the assistance of Chinese government, the major financier for the power-station.

Recently some foreign engineers in company of government officials on an inspection visit to Taraba State refused to proceed further to Barup, the project site due to bad roads damaged by massive landslide. Other access roads are bushy that only bikes could ply while the rivers have no functional bridges.

All entreaties by officials and members of the local community were not heeded by the foreigners who insisted that they would not continue the journey on dangerous paths.

A source at the Federal Ministry of Work Power and Housing told the Economic Confidential that the Minister, Mr. Raji Fashola has shown keen interest in ensuring the completion of the project because of its potential to add 3000MW to the grid through Hydro-Electric project rather than expensive gas plants.

The officer added that “the Ministry is working towards assessing the condition of the roads for immediate solutions. We are all aware that the project would provide employment opportunities and is expected to boost national economic growth.”

Obasanjo who was speaking with news men in Jalingo, Taraba State said that the project would be of great benefit to the region and to Nigeria and as such must be quickly completed. He added that the cost of completing the project was rising by the day stressing that it would be better to complete it now than wait for when it would be more expensive.

A community leader and Chairman of Mambilla Plateau Legacies Forum (MPLF), Mallam Ibrahim Ismail Sadiq appealed to the Federal and state governments to take urgent measures at addressing the problems of the roads and open up the potentials of the plateau. He said that the surrounding communities that are borders to Cameroon Republic are on the verge of being cut off from Nigeria as a result of the landslide that occurred on the only road linking Mambilla Plateau with Taraba state and Nigeria as a nation.

He said that: “Many foreign investors are reluctant to ply the dangerous roads that are dilapidated by landslides while the rivers could not be accessed by vehicle due to lack of functional bridges.

“Apart from the potential to generate power-supply, Mambilla Plateau offers attractive settings worth of massive investments than anywhere in Nigeria because of its unique physical and conducive climatic conditions for human settlement and cattle breeding.”

The Mambilla Plateau is a high grassland with an average elevation of 2419m (5249ft) above sea level, making it the highest Plateau in Nigeria which occupies an area 9389km§. It has cattle ranches, tea plantation and rolling glassy hills. It is a home to some rare species of birds and animals. The highland is also home to Nigeria and west Africa’s only highland tea plantation and production.