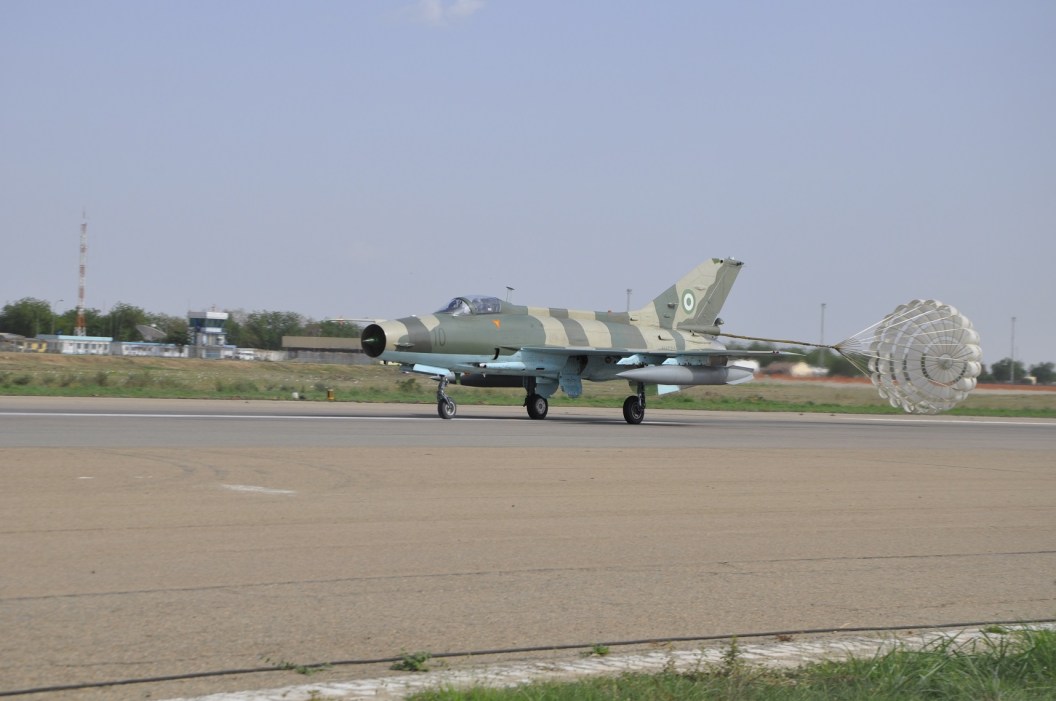 The effects of difficult terrains and unpredictable weather conditions continue to pose serious challenges to the conduct of Operation GAMA AIKI. However, despite these limitations for the ground forces, the Air Component of the operation, through successful combined air operations continue to deny the terrorists freedom of action and movement within the battle fields. Recent air strikes and simultaneous clearing operations on Twelve (12) identified Boko Haram Terrorists (BHT) camps and hideouts have greatly shattered their cohesion.
2. Moreover, continuous blockade of the terrorists main supply routes and arrest of their logistics suppliers caused serious economic hardship and led to the surrender of many terrorists in different locations in the Area of Operation (AOO) of Multinational Joint Task Force (MNJTF). Additionally, the troops of Sector 4 in Diffa Niger Republic tracked and neutralized 4 x BHT suspected to have attacked the Internally Displaced Persons (IDPs) camp and Two (2) others were arrested at Tumoua village.

3. In another unfortunate development, the troops of Sector 4 while on clearing operation after successful air strikes at Baroua village, encountered Improvised Explosives Devices (IED) explosion. This incident led to the death of 2 personnel (1 x Officer and a soldier) and Six (6) soldiers were wounded. The deceased personnel were given befitting burial in Diffa and while the injured soldiers were evacuated to Niamey, Niger Republic for medical treatment. In spite of this unfortunate event, the morale and fighting spirit of the troops remain very high.