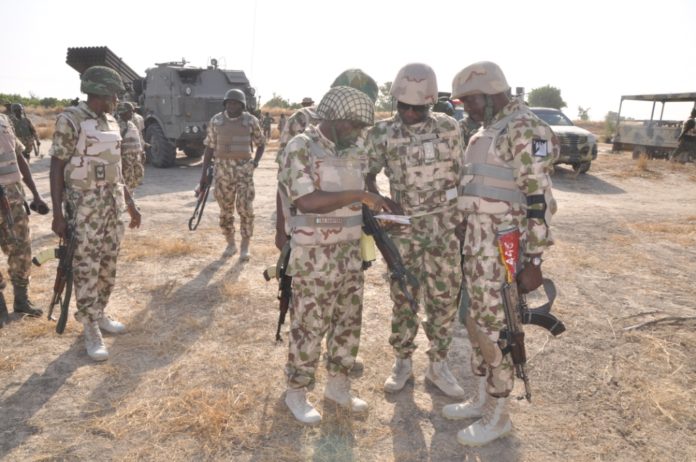 The Defence Headquarters (DHQ) read with dismay the disturbing report on Wednesday 9 November 2016 edition of Thisday Newspaper claiming that foreign mercenaries would be used to fight Boko Haram.  This story is not only mischievous  and unfounded but lacks merit and far from the truth.

The DHQ wishes to state, with emphasis, that the Nigerian Armed Forces has the capacity and capability to clear the remnants of the terrorists from our land and that is what the military has been doing.  It is not necessary or logical to go for mercenaries after the battle of Boko Haram insurgent had been won.  The pocket of attacks witnessed in the last few days by the fleeing Boko Haram terrorist are isolated cases, though regrettable, that do not call for serious concern as it is not uncommon worldwide for such occurrence in any area that was once infested by terrorist groups.

Those peddling rumours on the use of mercenaries are mischievous.  They have done it before and failed and are at it again.  Surely, they will definitely fail this time also.  The unprecedented successes recorded against the deadly Boko Haram sect by the Nigerian military without seeking external force is there for all to see.  The DHQ therefore urge our patriotic citizens to ignore the senseless talk and dismiss the story in its entirety as it was concocted to serve inglorious selfish interest.