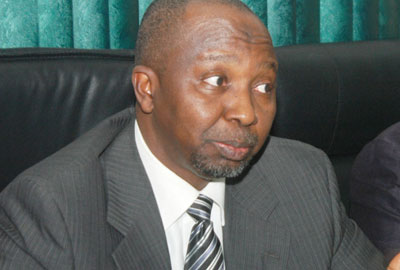 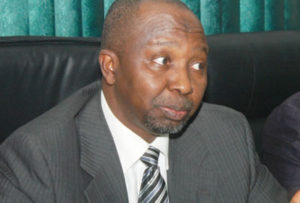 As Insurance Directors Acquire Shares without payment
An Insurance Company Chairman (name withheld) has returned N66 million stolen fund from an insurance firm through the intervention of the apex Insurance regulator, the National Insurance Commission(NAICOM), Economic Confidential can confirm authoritatively.
In an interview with the Economic confidential, Commissioner for Insurance and Chief Executive Officer of NAICOM, Mr. Mohammed Kari also stated that there were some Non-Executive Directors (NED) who have left an insurance company and dipped their hands in the firm’s treasury to help themselves.
“I can confirm to you that one Chairman returned sixty-six Million Naira (N66 million).  These are information we don’t go out brandishing. And we have identified quite a few cases like that.  We always stood our ground for refund because these are shareholders money been pilfered,” Kari said.
He noted that the regulatory agency carried out a lot of activities on several insurance companies under regulatory Orders or under intervention, as their actions in no small measure had crippled the operations of most insurance firms leading to near bankruptcy.
He further revealed that some insurance directors acquired equities without actually paying for them, stressing that it was a bad development.
“We have found out that some directors acquired shares without paying for them and we have taken them to the Economic and Financial Crimes Commission (EFCC).  We also believe that what they have done is criminal. We are trying to get them to cough out what they have taken illegally.  And those refunds we believe will go a long way in easing the financial constraints of these companies.
He observed that the development is a confidence booster because some of these people (insurance directors) believe there is no control at all, pointing out that the insurance industry is the only growth area left in the financial sector and this is a fact.
He opined that while the companies are rebranding themselves, we are watching how they behave, because if they clean the ‘frontage’ and the ‘back office’ is left dirty, that will not be good. “If you see a company complaining, know definitely that somebody is squeezing them.  And we have never them complaining as they are doing now” due to increased momentum of the insurance regulator on the regulated.
Meanwhile, NAICOM has released the roadmap for Risk-based supervision and that could also have its own effects in the operations of the companies in the coming year, adding that there are components in the risk-based supervision that may require financial expenditure, or capital review, or structural reviews which will affect the fortune of the companies.
On the outlook for 2017, Kari said “as long as it is still futuristic, we can only say we have a lot in store for us in 2017.  Again a lot of things could even happen this year, because of some of the pronouncements from the code of governance of the FRC which was released recently.”
The Full interview: http://economicconfidential.com/2016/11/insurance-acquired-shares-payment/
NOTE: Economic Confidential is a sister publication of the PRNigeria
PRNigeria encourages institutions to be transparent in their information management as it provides news items from authoritative sources for free use by the media