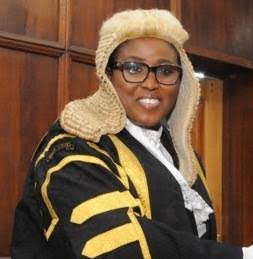 The House of Assembly, under the law, remains under the leadership of the Speaker, Rt. Hon. Jumoke Akindele and other principal officers of the House.

The purported tactical recognition of Hon. Malachi Coker as Speaker by the protocol of the government is a setback for the ongoing reconciliation efforts of stakeholders in which Mr. Governor is a mediator.

In line with our resolve to bring to an end the crisis in the Assembly, we have participated actively in the reconciliation process which led to the withdrawal of the case in court in deference to the intervention of the Governor.

The intervention of the governor had also led to the stoppage of the plot by some members to hold an illegal sitting in the House last Tuesday.

It is therefore strange to us to see that the protocol of the government would recognise a wrong person as Speaker of the House while reconciliation is ongoing.

We see this as a suspicious plan to take advantage of the withdrawal of the court case and we utterly disagree with a plot to subvert the constituted authority of an arm of the government.

We therefore state unequivocally that Rt. Hon. Jumoke Akindele remains the Speaker of the Ondo State House of Assembly. The leadership of the Assembly remains intact.

However, we remain committed to the reconciliation process that will lead to the reopening of the Assembly chambers for lawmakers to carry out their constitutional duties.