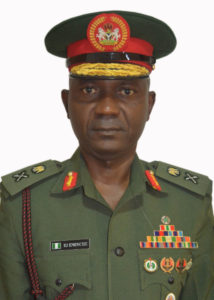 The founding fathers of the Nigerian Institute of Public Relations (NIPR) fought for the enactment of Decree No. 16 of 1990 (now an Act of the National Assembly) to regulate and monitor conformity to the ethical standards of Public Relations (PR) practice in Nigeria.
The law bars non-members from practicing public communication in the country. The regulation also empowers the Institute to prosecute offenders. They feared then, that the profession was being infiltrated by all-comers who knew little or nothing about the PR practice.
Today, their fears have been confirmed as the PR profession in Nigeria is saturated by quacks apart from the ill-equipped, unqualified and inexperience persons assigned to handle public relations jobs.
There is a need for sanity in the profession because PR strives on sustaining mutual relationship through reputation management, crisis communication, media relations among other strategies in projecting positive image of individuals and organisations. It therefore requires qualifications, skills and experiences to practice.
While the existing law empowers the Institute to sanction and prohibit non-registered members from public relations practice, NIPR is weak in enforcing compliance. Other professional bodies have aggressively advocated and ensured only qualified members hold top positions in credible institutions in the public and private sectors. It is impossible and would sound absurd to appoint non-professionals who lack requisite qualifications and experiences in Medicine, Law, Accountancy and Engineering among others to head respective departments in reputable organisations. The professional bodies ensure that only their qualified members, such as lawyers, Doctors, Accountants and Engineers oversee such offices.
It is rather disturbing the recent appointment of an Engineer, Major General John Enenche as the Director of Defence Information (DDI) which invariably makes him the spokesperson for the entire military sector in Nigeria that include the Army, Airforce, Navy and intelligence agencies.
A qualified Engineer with Advance Diploma in Military Engineering, Enenche attended Nigerian Army School of Military Engineering (NASME), Makurdi for various engineering courses and qualifications while his areas of Interest is Civil Engineering Project Supervision. Though his hobbies include listening to gospel music and monitoring news and current affairs, General Enenche does not have the mandatory requirement to practice Public Relations in Nigeria.
Undoubtedly, General Enenche, from his profile, is a man who has received several prestigious honours and commendation awards in the military. We have no reason to fault this humble and hardworking officer for accepting military posting. The Defence Headquarters should nevertheless know that by Nigerian law it is an aberration to assign non-qualified and non-registered professional to practice public relations in Nigeria.
At a Regional Media Seminar organised in Rivers State by the Centre for Crisis Communication (CCC) for security spokespersons in July 2016, the former Director Defence Information, retired Major General Chris Olukolade said that “It is illegal to practice Public Relations in Nigeria without certification.”
General Olukolade, a Fellow of NIPR and Chairman of Enforcement Committee of the Institute added that the Institute was undertaking membership certification and re-certification to weed out quackery in the profession. He therefore enjoined all Security agencies to comply with the law.
The recent appointment of an Army Engineer for a PR job is therefore clearly a deviation from established norms and practices by the military. PR practice should not be undermined by portraying it as a profession that doesn’t require any qualification or skills. It was in recognition of importance of capacity building and promotion of professionalism that the military established Nigerian Army School of Public Relations, and Information  (Naspri). Some of those that passed through the training centre including their tutors are some of the highly qualified, competent and finest serving military officers, among them ‘Generals’ in rank and grounded in public relations practice.
As a regulatory body for image makers and reputation managers, NIPR has a lot to do in its advocacy and engagement with respective institutions to abide by the law guiding appointments into top positions in PR and Communication jobs in Nigeria. It should also emulate other bodies that jealously guard the integrity of their members and proudly protect the dignity of their professions.
The NIPR should therefore use its powers appropriately in sanctioning individuals or organisations that abuse the regulations as regards appointment, promotion, discipline and other sundry requirement of public communication.
Yushau A. Shuaib
[email protected]
www.YAShuaib.com
PRNigeria encourages institutions to be transparent in their information management as it provides news items from authoritative sources for free use by the media

SPECIAL REPORT: How Insurgency Pushed over 3000 Borno Indigenes into IDP Camp in Edo