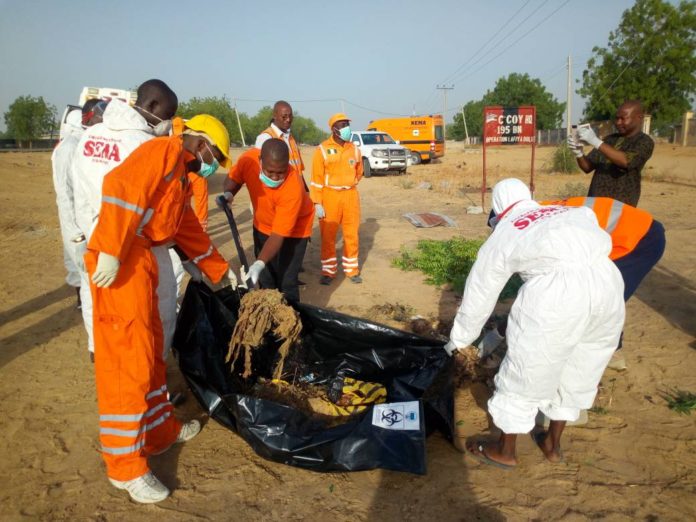 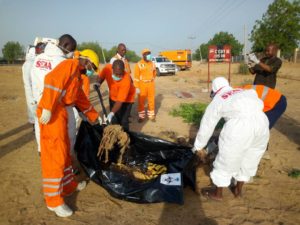 After being sighted by the troops in their desperate attempt to gain access to the premises, the bombers were shot leading to the explosion of their concealed IED.

The spokesperson of the National Emergency Management Agency (NEMA) in the North-East, Abdulkadir Ibrahim confirmed that the  corpses of suicide bombers were evacuated  by joint NEMA/BOSEMA Emergency Response teams .

Abdulkadir said: “We have evacuated the corpses of female teenagers. One security personnel who was injured is being treated.”