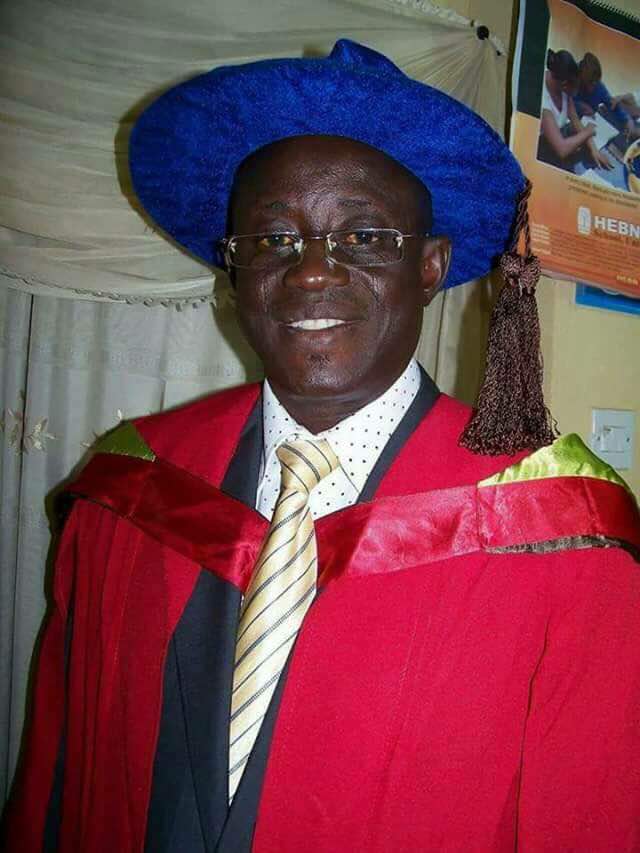 Former Chairman, Kwara State College of Education whose name was dropped as a Nominee for membership of the Independent Corrupt Practices Corruption (ICPC), Dr Saadu Alanamu has said that he was never indicted for any corrupt practice at any time when he served in various institutions in Kwara State.
Alanamu was reacting to media reports that he was under investigation for, among other allegations, bribery during his tenure as chairman of the College of Education. The report necessitated the removal of his name and that of one Mrs Maimuna Aliyu by the Acting President Yemi Osinbajo as nominees of the reconstituted ICPC.
Dr. Alanamu said: “First, I must say that appointment into public office is a trust to serve the humanity. I would rather protect my integrity than take any offer that would rubbish the highest standard I have maintained in my public service career.
“I was never indicted nor convicted of any offence or crime by any institution. The records of my stewardship are there in various institutions I served.
“Even though I am not a Politician, I was Chairman of various Councils and institutions at different periods which include Kwara State Council of Supervisors for Health; Kwara State College of Education, Kwara State Scholarship Board, Kwara State Rural Water Supply & Sanitation Agency, Kwara State Universal Basic Education Board, Kwara State Teaching Service Commission, Governing Council, Kwara State College of Arabic & Islamic Legal Studies and Governing Council, Kwara State Polytechnic Ilorin.
“When I was nominated for ICPC, I was extremely happy to have the privilege to serve humanity with utmost level of commitment, sincerity and honesty. Nevertheless, with the turn of event on the allegations, I strongly believe the government will conduct thorough investigation over the allegations.”
When asked if he was ever invited by Anti-corruption agencies, Dr Alanamu said that “sometimes in 2015 members of the board and management of Kwara State Polytechnic where I served as the Chairman Governing Council for less than a year were invited over an allegation that they favoured contractors from Kwara State for TETFund projects rather than other bidders from outside the state
“I as the Chairman as well as the Rector, Bursar and the Director of Works were invited to defend the approval which we insisted that we considered realistic and reasonable quotations rather than the lowest bidding that might not be realisable.
“When the Bureau of Public Procurement (BPP) intervened over the contract issue, the lowest bidder from outside the state was giving all the seven contracts.
“Since then, more than two years ago now, I didn’t hear anything from the BPP or the ICPC over the incident.”
A graduate of Islamic Studies and Master in Public Administration (MPA) from University of Ilorin, DR. Alanamu holds Post Graduate Diploma in Education from University of Ado–Ekiti and Master of Arts Degree in Peace and Conflict Studies (PCS) as well as Ph.D from University of Ibadan.
A religious scholar and Senior Research Consultant to numerous research centres and non-state actors including Centre for Peace Research and Development (ICPRD) as well as Anti-Terrorism Movement (ATM), he lectures in Kwara State College of Education Ilorin and Ekiti State University.
Dr. Alanamu is a member of various academic and professional bodies, such as National Association of Teachers of Arabic and Islamic Studies (NATAIS), Nigerian Association for the Study and Teaching of Religion and Natural Sciences (NASTRENS), Society for Peace Studies and Practice, Chartered Institute of Personnel Management of Nigeria (CIPMN) and the United States Institute of Peace (USIP), Washington D.C.