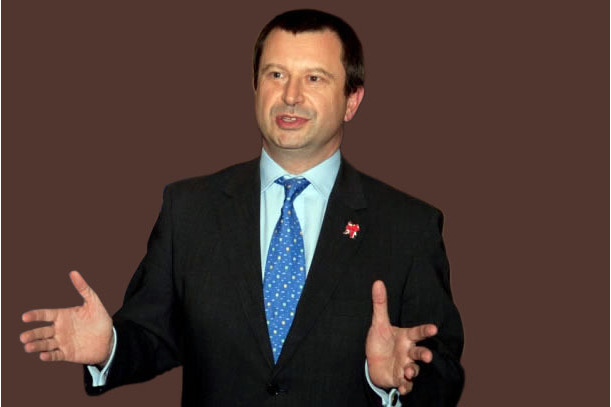 Fresh from the historic feat of the passage of NotTooYoungTorun bill in over 24 states constitutionally required by law, the bill has enjoyed another major boost as British High Commissioner to Nigeria, Paul Arkwright has urged President Muhammadu Buhari to assent to the bill as soon as its transmitted to him by the National Assembly.

Mr Arkwright said this on Saturday barely 24 hours after the #NotTooYoungToRun movement issued 30-day ultimatum to State Assemblies, National Assembly and the Executive to conclude the ongoing constitutional amendments process. While congratulating the movement on the historic feat he said, the next step is young people especially women to present themselves as candidates.

He made this known via his official twitter handle saying “I am delighted at this excellent news and congratulate the #NotTooYoungToRun campaign. I urge @Mbuhari to gibe assent as soon as possible. Next step is young people (especially women) to present themselves as candidates”. Mr. Arkwright who has always publicly declared support for the #NotTooYoungToRun campaign is of the believe that, it is important that the voice of young people in Nigeria is heard loud and clear.

As young Nigerians look forward in participating in politics, all Focus is now on President Muhammadu to assent on the age reduction bill after the bill met the Constitutional requirement of passage in State houses of assemblies. The movement also urged state assemblies to conclude and transmit the constitutional amendment back to the National Assembly as soon as possible.

The bill was first passed by the Nigerian National Assembly in a historic vote in July 2017. The bill seeks to reduce the age for running for elective office in Nigeria. With this unprecedented feat, the world looks to President Muhammadu Buhari to assent to the constitutional amendment. Once the President assents, the bill becomes law making it possible for young people to run for office in 2019.

The Not Too Young To Run movement is a movement of youth and civil society groups advocating for the reduction of age for running for elective offices to mainstream young men and women in electoral politics. Not Too Young To Run is Nigeria’s largest and most successful youth movement in recent times. The movement is driven by the compelling need to restructure the country’s political system to address the deeply entrenched system of political exclusion and institute inclusive politics, transformative leadership and electoral competitiveness in the electoral process.