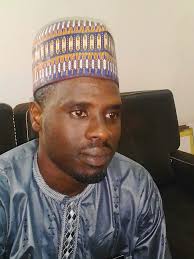 EFCC Investigates Smuggler of $370,000 Cash in Kaduna
The Head of the Kaduna Zonal office of the Economic and Financial Crimes Commission, Ibrahim Bappa has assured that the Commission will spare no efforts in investigating the attempt by a certain Adamu Rabiu Mohammed to smuggle $370,000 through the Kaduna International Airport.
The suspect was intercepted by vigilant officers of the Nigeria Customs Service on Saturday, March 3 as he prepared to board an Ethiopian Airline flight to Dubai, United Arab Emirates. He was subsequently handed over to the EFCC for further investigation.
Receiving the suspect from a team of Customs officers on March 5, Bappa who acknowledged the synergy between the who agencies, commended the officers for their vigilance.
The suspect will be charged to court as soon as investigation is concluded.
Wilson Uwujaren
Head, Media & Publicity