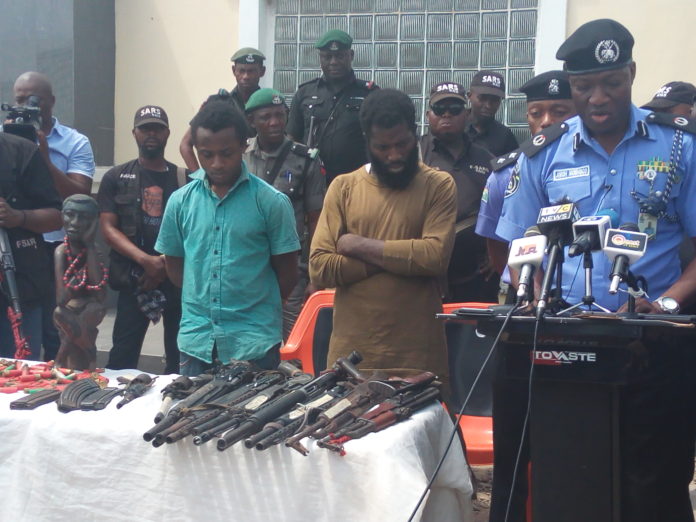 Senator Dino Melaye: Suspects Escape from Police Custody
The Nigeria Police Force, Kogi State Police Command today 28th March, 2018  received a news that six (6) suspected criminal elements namely; Kabiru Seidu a.k.a Osama, Nuhu Salisu a.k.a Small, Aliyu Isa, Adams Suleiman, Emmanuel Audu and Musa Mohammed who were under detention at the ‘A’ Division Lokoja escaped from lawful custody. Four of the suspects were on court remand including two that indicted Senator Dino Melaye and Mohammed Audi.
Consequently, all the six suspects, Senator Dino Melaye and Mohammed Audu were sent for watch listing and red notice by the INTERPOL for immediate arrest any where we see them.
The Command hereby appealed to the members of the public to assist the Police with useful information on the whereabouts of the suspects by reporting to the nearest Police Station.
Investigation into the unfortunate incident is ongoing, while the thirteen (13) Police Officers who were on duty when the incident occurred were defaulted and detained for interrogation.
Members of the public are hereby enjoined to go about their lawful duty as the Command is determined in ensuring adequate security of lives and property in Kogi State.
CP ALI A. JANGA
COMMISSIONER OF POLICE
KOGI STATE POLICE COMMAND