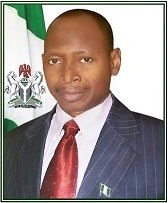 AGF Resolves Errors in Police Salary
The Office of the Accountant-General of the Federation(AGF) has assured the Nigeria Police Force that Salary short payment for Police Personnel for the month of April, 2018 was due to system error and is being promptly resolved. All other issues relating to payment of salary to Police personnel are being addressed. The affected personnel will according to OAGF get the salary differential paid on or before Monday, May 7th, 2018.
Commissioners of Police and their supervising Assistant Inspectors General of Police in charge of State and Zonal Commands, and Heads of other formations and detachment in the Force have been directed by the Inspector General of Police to lecture and educate their personnel who have any complaint from payment of February, March and April 2018 Salary that their complaints are being rectified.
Affected Police Personnel are enjoined not to panic as the Force is doing everything in conjunction with Office of the Accountant-General of the Federation to ensure that all the identified problems in the payment of salary of Police personnel across the country are permanently resolved.
ACP JIMOH O. MOSHOOD
Force Public Relations Officers
Force Headquarters
Abuja