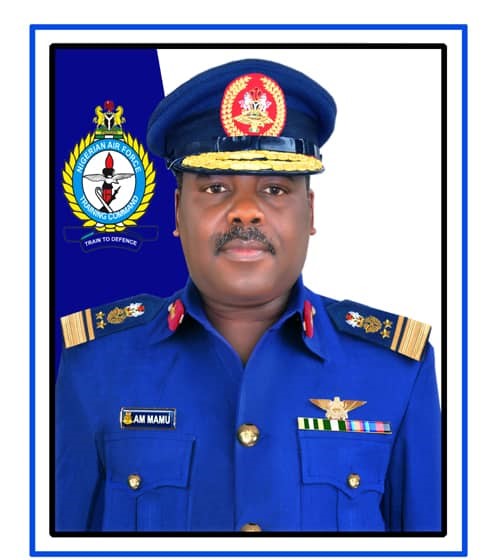 Justice Garba Salisu of a High Court of the Federal Capital Territory (FCT), Abuja has discharged and acquitted  a former Chief of Administration of the Nigerian Air Force (NAF), Air Vice Marshal Mohammed Alkali Mamu on a four count charge of gratification.

Mamu was one of the most respected West-Africa intelligence fighter-pilots trained to engage in air-to-air combat while in the cockpit of a fighter aircraft. Apart from flying Presidential Jets for two decades, he was directly involved in intelligence, surveillance, target acquisition, and reconnaissance (ISTAR) for military operations at the peak of Boko Haram insurgency. He guided Military Technical Advisers in covert aerial warfare in the recovery of many towns from Boko Haram, especially in 2015 during the previous administration.

Mamu was charged by the Economic and Financial Crimes Commission (EFCC) on June 21, 2016 in a four-count charge for allegedly collecting a cash gift of $300,000 and N5.9 million for the purchase of a Range Rover Evoque. He was also alleged to have received two vehicles, Ford Expedition SUV and Jaguar XF Saloon valued at N15million and N12million respectively from Societe D’ Equipments Internationaux (SEI) Nigeria Limited while facilitating a covert assignment of the Office of the National Security Adviser (ONSA) during the tenure of Sambo Dasuki in the war against terrorism.

Delivering judgment, Justice Garba Salisu held that with the preponderance of evidence before the court, the prosecution failed to establish a case of gratification against the defendant. He added that they also failed to prove that Himma Abubakar of SEI gave the alleged gratification.

The judge further held that the prosecution did not comply with the provisions of Sections 15 and 17(2) of the Administration of Criminal Justice Act (ACJA) as regards the extrajudicial statement of Mamu which was tendered as evidence. “This lack of compliance is fatal to the case of the prosecution. It is thus the view of the court that the purported statements of the defendant tendered by the prosecution are invalid,” the judge held.

“The defendant is hereby discharged and acquitted on the four-count charge”, Justice Salisu held.

In the course of the trial, AVM Mamu had told the Court that he withheld certain security documents from EFCC “because they are not a security agent.”

In his evidence in chief, he told the court how foreign mercenary pilots brought in from Ukraine were engaged to combat Boko Haram terrorists in disguised as instructors and how the cause of death of one of the mercenaries was covered from the Ukrainian embassy.

He had told the court that his evidence involved matters that would expose Nigeria’s contravention of the United Nation’s Charter of armed conflicts especially Resolution 44/34.

The judge, Justice Salisu Garba at that point had asked the EFCC counsel, Sylvanus Tahir if he still wanted the trial to continue in open court due to the sensitive nature of the evidence as it regards to national security.

Tahir had said “These are issues we are being taken by surprise but we believe the evidence can go ahead in open court,” and the court had given order to the witness to continue with his evidence.

Mamu had told the court that EFCC was not a security agent, which explained why he did not present some documents he presented in court to the anti-corruption commission.

He told the court that the money EFCC alleged he received as bribe were money refunded to him by Societe D’ Equipments Internationaux Nigeria Limited who was contracted by the Office of the National Security Adviser to bring in the mercenaries. He said the refund was necessary because the contractor was not mobilized on time and he (Mamu) had to use his personal money to finance the contract.

At the end of the cross examination, Mamu’s counsel, Joseph Daudu (SAN) had informed the court that he would have called the Ukrainian Ambassador to come and testify as a witness to corroborate Mamu’s evidence, but decided against it because of national security.