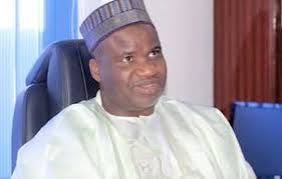 In a bid to curb the decline of investment in the mineral sector and generate foreign exchange, substitute for import and develop local industry to create job and wealth, the Government is investing N15 billion to upgrade geoscience data bank that will place the country in the world mining map.

The Minister of State, Ministry of Mines and Steel Development, Honourable Abubakar Bawa Bwari, on Monday disclosed this at the groundbreaking event of mining exploration project held at Kuchiko Camp, Suleja, in Niger State. He said that the robust programme being managed by AG Vision Limited, is meant to obtain a comprehensive geoscience information data, which will take the industry to the next level.

The Minister who was in the company of an inspection team noted that the visit was to assess the level of execution of the project, which is part of the National Integrated Mineral Exploration Project, designed to be executed in phases, was to generate detailed report that will serve as an enabler in harnessing the vast mineral resources available in many locations in Nigeria.

The Minister solicited for the cooperation of the community in the exploration project, which he said, will positively transform the Emirate and fast-track the economic diversification of the present administration.

In his goodwill message, the Chairman House of Representative on Solid Minerals, Honourable Aminu Hashimu Mani, expressed delight that the Federal Government invested in the laudable project instead of relying solely on oil as a means of revenue generation.

Addressing the gathering, the Permanent Secretary of the Ministry, Dr Abdulkadir Mu’azu, said he looks forward to seeing the data as an asset for national development, which will make the sector viable. He stressed that the Ministry will extend its investment in the small scale miners sector to empower them as viable entrepreneurs that will add value to the economy.

The Director General, National Geological Survey Agency (NGSA), Dr.Abdul Hamid Garba, said that the essence of the project is to de-risk the sector with a view to facilitating economy growth.

Speaking also at the event, His Royal Highness (HRH), the Emir of Zazzau Suleja, who was represented by Barkin Kasua of Suleja, expressed optimism that the project will attract infrastructural development to the community and urged the government to curb problem of illegal mining, which is adversely affecting the growth of the industry. A representative of the Small Scale Miners, Bala Mohammed elatedly expressed enthusiasm about the project.

The Managing Director of the Company, Mr.Fadi Abou Ghazale, in his remarks stated that the event featured another landmark of the Roadmap for the growth and development of Nigerian Solid Minerals. He acknowledged the Ministry and the National Integrated Mineral Exploration Programme (NIMEP) for their immeasurable contributions in developing the mineral sector.

The AG Vision helmsman also solicited for government’s support to ensure wider horizon of exploration, which will have multiplying effect in unlocking Nigeria’s solid mineral potentials and transform it into a mining destination.