The Publisher of Cable Newspapers, Mr. Simon Kolawole and Founder of PRNigeria, Mallam Yushau Shuaib have called on campus journalists and journalism graduates to brace up in removing charlatans influencing the contents in new media. 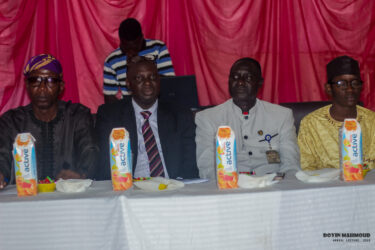 The media personalities made the call at the 10th Doyin Mahmoud Lecture of the Department of Mass Communication, University of Ilorin.

The annual lecture was in honor of the veteran journalist and pioneer Head of Department, Late Doyin Mahmoud.

In his lecture titled “The Future of Journalism,” Simon Kolawole who was the former editor of THISDAY said there is a serious struggle between professional journalism and the “dubious” concept called citizen journalism “which is no journalism”. 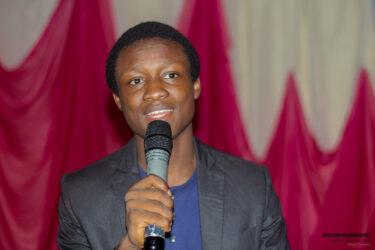 Represented by Afolabi Gambari, a former features editor of National Mirror, Kolowole said end users of news are increasingly depending on the social media, particularly Facebook and Twitter, for information..

“If care is not taken, the future of journalism will be dominated by quacks and the professionals will become outsiders. This is already happening and creating a serious crisis of confidence in the news media,” he said.

“Anybody with access to a smart phone and data now fancies himself or herself as a journalist. They go on websites and the social media to mine information and begin to reproduce. Before you know what is happening, they tell you they are ‘citizen journalists’ and begin to do damage to journalism.

“I am of the view that you don’t have to study journalism to be a journalist. Some of the most respected journalists in Nigeria today did not study journalism or mass communication. However, there are two ways of learning: either in school or on the job… Anyone who has spent between one year and three years in a newsroom under a good editor will learn the important things about journalism.”

In his remarks as the Guest of Honour, Mallam Yushau Shuaib urged campus journalists to boost the scope of knowledge beyond what they are taught by contributing regular reports and opinion articles in the media to improve their skills.

The founder of PRNigeria who was represented by his son Saad Yushau at the event also made a token donation for the magazine of Association of Mass Communication Students (AMCOS. 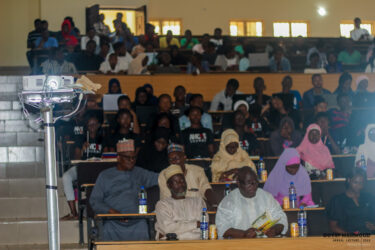 The Head of Department, Dr. A.L. Azeez in his remarks encouraged students to endure the rigor of their discipline and build themselves so that they can stand out in the media industry when they graduate.

The Director of Directorate of Corporate Affairs Commission, University of Ilorin; Mr. Kunle Akogun also implored the audience to take the bull by the horn so as to separate the wheat from the tares in the journalistic practices.

The President of the Association, Comrade Opeyemi Adesina the lecture is held annually in honour of Mahmoud, late veteran journalist and former head of the department of mass communication at Unilorin.

He said Late Doyin was the pioneer editor-in-chief of Daily Independent Newspaper. He served as a training manager at the Guardian Newspaper, after serving as deputy editor of The Sunday Newspaper. He was also a former editor of The Herald newspaper. Mahmoud died on September 20, 2009, at the University of Ilorin Teaching Hospital, aged 56.