Building a virile economy, either for a country or a state, is a collective task.

While the government plays her own part, citizens are expected to fulfil their l side of the bargain, by complementing the efforts.

These were the unanimous views of participants at the maiden Kwara State Economic and Poverty Alleviation Summit held in Kwara Hotel Ilorin. 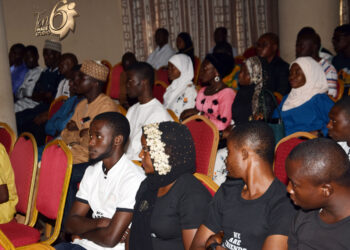 The auspicious event themed, “Role of Entrepreneurship, Innovation and Youth Participation in the Economic Wellbeing of Kwara State,” was organized by Centre for Hunger and Poverty Alleviation and Research (CHPAR).

The Executive Director of CHPAR, Alabidun Shuaib Abdulrahman said the state is blessed with enormous potentials in human, materials and natural resources capable of making it a global ‘economic hub’.

He therefore called on critical stakeholders with brilliant ideas to address the issue of youth joblessness and perceived socio-economic backwardness in the state.

“During our research, we noticed that there are profound strategies which can be used to solve developmental challenges in the State. We realized that we can all come together and brainstorm on how to contribute our quota towards the socio-economic growth of our Dear State. Hence, we decided to convene the Kwara State Economic and Poverty Alleviation Summit,” he said.

Speaking on the same vein, the guest speaker, Mr. La-Kadri Yusuf said the State once boasted of a thriving economy, however with focus and concentration on white-collar jobs, most of the youths abandoned artisanal business ventures, and opted for limited skilled jobs.

He urged the State Government to invest massively in youths so as to boost creativity and drive economic growth in various productive sectors. 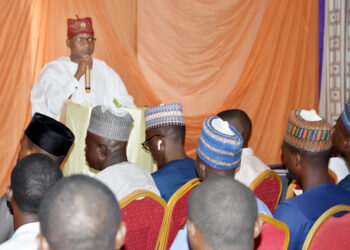 Another Speaker, Asiwaju Mashood Shittu, maintained that if Kwara is desirous of building its local economy, then it must identify, nurture and groom young entrepreneurs.

Shittu, however advised the State Government to create an enabling environment to enable creative minds and young entrepreneurs to harness their creative talents. 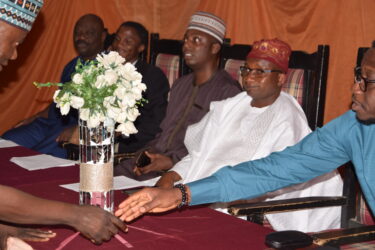 The Speaker, Kwara State House of Assembly, Rt. Hon. Yakubu Salihu Danladi, asserted that the summit is coming at a time the State is steadily witnessing remarkable transformation under the purposeful leadership of Governor AbdulRahman AbdulRazaq, disclosing that the State Assembly would give accelerated hearing and passage to a bill establishing the “Kwara State Social Investment Programme” which was recently forwarded to them by the Governor.

The Speaker, who was represented by Hon. Olawoyin Magaji, the House Majority Leader said: “I wish to assure the organizers of this great and special summit, that our State Assembly will support, partner and collaborate with you. Just like Centre for Hunger and Poverty Alleviation and Research, the Kwara State of House of Assembly desire to see our beloved State speedily attains quantum socio-economic growth and human capital development, in no distant future.

The Chairman of the Summit, Alhaji Lukman Olayiwola Mustapha who was represented expressed gladness that the move to develop Kwara has become an all round affairs for all and sundry.