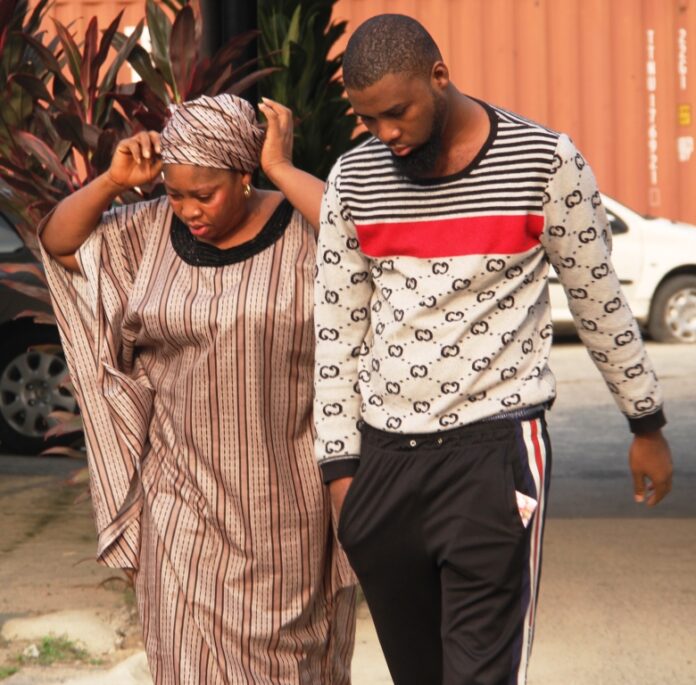 Justice Chukwujekwu Aneke of the Federal High Court, Ikoyi, Lagos, on Tuesday, January 28, 2020, convicted Damilola Ahmed Adeyeri and his mother, Alaba Kareem Adeyeri, on a four-count charge of conspiracy and obtaining money under false pretence to the tune of $82, 570. 00, (Eighty Two Thousand Five Hundred and Seventy, US Dollars.), preferred against them by the Economic and Financial Crimes Commission, EFCC.

The convicts were arrested following a petition from the Federal Bureau of Investigation against Damilola Adeyeri and others now at large on an alleged case of conspiracy, obtaining under false pretence, money laundering and computer-related fraud.

Armed with the petition, the operatives of the Commission immediately swung into action and upon investigations found out that his mother was an accomplice in the crime.

Idi Musa, an investigator with the EFCC, while being led in evidence narrated to the court that sometime in April 2019, that the Commission received a petition from the FBI, alleging that the official email address of American Cranes Manufacturing company was hacked and as a result the sum of $82, 570. 00 was stolen by the fraudsters.

He told the court that the petitioner reported that there was a syndicate of fraudsters who defrauded many companies through business mail compromise and obtained millions of dollars from American citizens.

Idi further revealed that Damilola was arrested on September 6, 2019, after which his mother was apprehended when she went to withdraw money from the bank upon hearing that EFCC was investigating her son adding that she purchased properties in the name of her son with the money made from the fraud.

He also told the court that the sums stolen by the convicts were used to acquire properties in choice areas of Lagos, and some cash were found in their accounts.

One of the count reads: “that you, Damilola Ahmed Adeyeri, Alaba Kareem Adeyeri and Karen Russell (still at large) sometime on the 21st day of June 2017, in Lagos within the jurisdiction of the court conspired to fraudulently impersonate the Chief Executive Officer (CEO) of American Cranes Manufacturing Company with intent to gain monetary advantage in the sum of $82, 570. 00 (Eighty Two Thousand Five Hundred and Seventy US Dollars) and thereby committed an offence contrary to Section 27 (1) (b) and 22 (3) of the Cyber Crime (Prohibition Prevention etc) ACT, 2015 and punishable under Section 22 (1) of the same Act.”

Another count reads: “That you Damilola Ahmed Adeyeri, Alaba Kareem Adeyeri and Karen Russell (still at large), sometime on the 19th day of July 2017, in Lagos, within the jurisdiction of this court dishonestly represented yourself as the Chief Executive Officer (CEO) of American Cranes Manufacturing Company thereafter you sent an email from [email protected] with intent to gain advantage to yourselves and you thereby committed an offence contrary to Section 27 (1) (a) and 22 (3) of the Cyber Crime (Prohibition Prevention etc) ACT, 2015 and punishable under Section 22 (1) of the same Act”.

After the charges were read to the convicts, they pleaded guilty to the four-count charge of conspiracy and obtaining money under false pretences.

In view of their guilty plea, and subsequent analysis of the documentary evidence before the court, Justice Aneke found the duo guilty on all counts and sentenced them to three years imprisonment on each count, which is to run concurrently.

Justice Aneke further ordered that all the properties and monies recovered from the convicts be forfeited to the Federal Government and upon applications by the victims, restitution be made to them.