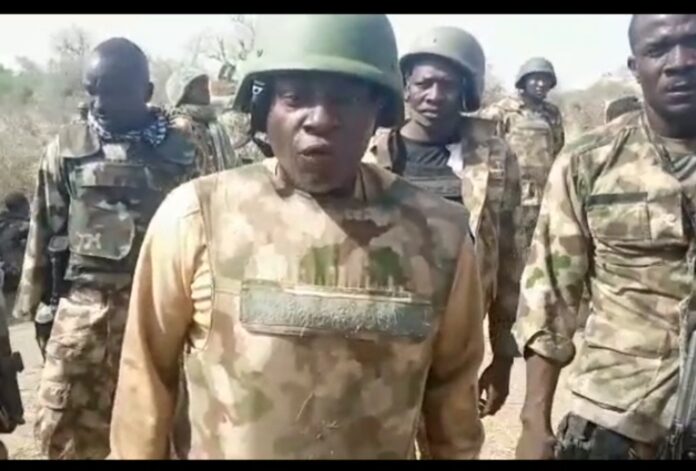 Amid reports that troops of Operation Lafiya Dole (OLD) retreated and fled after Boko Haram insurgents launched multiple attacks in North-East a few days ago, the Commander of the Theatre, Major General Olusegun Adeniyi, said both officers and soldiers of the three battalions deployed to neutralize the terrorists are still on the ground.

Gen. Adeniyi, in one of the short videos obtained by PRNigeria, on Sunday morning, said though the troops he was leading recorded some casualties, and injuries, they still resisted and gallantly confronted the terrorists.

“We have been met with very strong resistance from Boko Haram since yesterday.. They are more than pockets of insurgents. Today morning, and from every flank, not less than 15 gun trunks faced us. The Boko Haram terrorists fired more than 100 RPGs and mortars on us. Yet, we are not running or fleeing from them. Me and other generals are on the ground. We are good to go. But this is the true situation of things,” the Theatre Commander added.

In another short video obtained by PRNigeria, troops counted 27 mangled bodies of terrorists killed in an encounter, while two men suspected to be terrorists’ informants were captured and handcuffed.