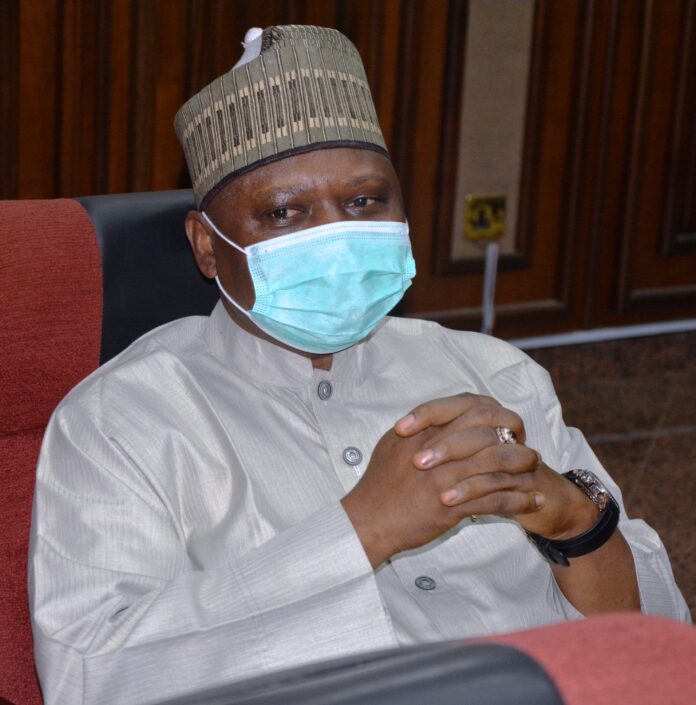 Also arraigned with him were his special assistant, Sampson Okpetu and two companies: Samtee Essentials Limited and Pasco Investment Limited.

Turaki, SAN, was the Minister for Special Duties and Inter-Governmental Affairs from 2013 to 2015. He also served as the Minister of Labour from 2014 to 2015.

Count one of the charge reads: “That you Kabiru Tanimu Turaki (whilst serving as Minister for Special Duties and Inter Governmental Affairs) sometime in January 2015 within the jurisdiction of this honorable court did use the sum of N159,104,000 (One Hundred and Fifty Nine Million, One Hundred and Four Thousand only) out of the sum of N359, 104,000 (Three Hundred and Fifty Nine Million, One Hundre and Four Thousand Naira only) released to the Federal Ministry of Special Duties and Inter-governmental Affairs for the purpose of sensitization and enlightenment of Muslim Youths, knowing that the said sum is proceed of unlawful activity to wit: criminal misappropriation and you thereby committed an offense contrary to section 15(2)(d) of the Money Laundering (Prohibition) Act, 2011 (as amended) and punishable under section (15(3) bf the same Act.”

In view of the pleas, prosecution counsel, Halifax Shehu asked for a commencement date of trial, stating that the prosecution has lined up nine witnesses for presentation in court on the matter.

Turaki’s defence team, led by Joe Kyari Gadzama, SAN, alongside four other senior learned silks applied for his bail, urging the court to grant him bail on self-recognition.

Counsel to the second defendant O.M. Atoyebi, SAN, also prayed the court to grant the defendant bail based on self-recognition or on liberal terms in line with the administrative bail granted the defendants by the EFCC.

While not opposing the bail applications, the prosecution urged the court to grant bail conditions that will ensure the court attendance of the defendants all through the trial.

In granting the bail applications, Justice Ekwo stated that the terms of the administrative bail granted the defendants by the EFCC were reasonable and adoptable and therefore, adopted them.

In addition to the transfer of his international passport to the court, the second defendant is to produce one surety who must be a Deputy Director on Grade Level 16.