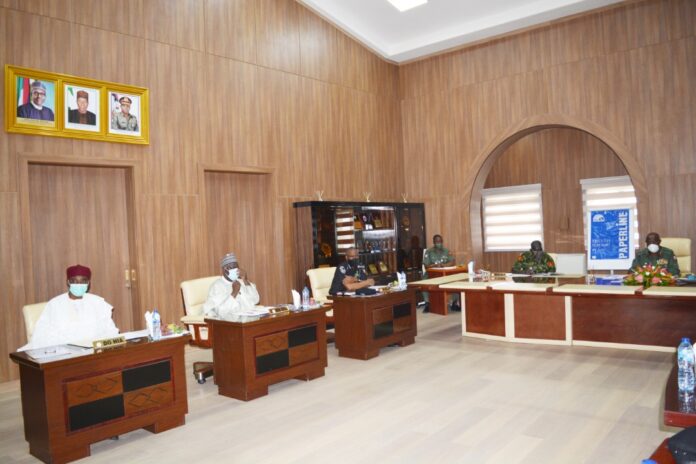 1. The Chief of Defence Staff, General Abayomi Gabriel Olonisakin has met with the country’s Service Chiefs and Heads of Security and Intelligence Agencies to deliberate on current security situation in some parts of the country. The meeting was one of the series of meetings to re-strategize and enhance existing synergy among all security agencies to address the lingering security challenges bedeviling the nation. The meeting, which was well attended by Heads of security architecture in the country, dwelled on developing and mapping out new strategies to promptly address the untoward security situation rising from banditry, kidnapping, cattle rustling as well as other sundry criminalities particularly in the North West, North East and North Central parts of the country.

2. The Service Chiefs and Heads of Security Agencies noted that essential consultations have been made with relevant stakeholders across the country with a view to collaborating with the military and security agencies to promptly address the security challenges and bring respite to the regions. The CDS who pointed out that security is everyone’s business, solicited the support and cooperation of all well-meaning Nigerians for the Armed Forces and security agencies in tackling the security challenges in Nigeria in order to speedily restore sanity to the troubled regions.